News
Business
Movies
Sports
Cricket
Get Ahead
Money Tips
Shopping
Sign in  |  Create a Rediffmail account
Rediff.com  » Business » Now, get your eyes tested by a cellphone

Now, get your eyes tested by a cellphone

A team led by an Indian-origin professor has devised a method of using mobile phones for conducting eye tests, a technique it hopes will be useful in places lacking hi-tech eye equipment. 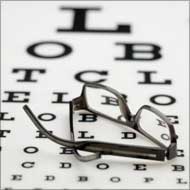 The two-minute eye test can be carried out using a small plastic device clipped in front of a cellphone's screen.

The patient looks into a small lens, presses the phone's arrow keys until sets of parallel green and red lines just overlap. The process is repeated eight times with the lines at different angles for each eye.

The entire process takes less than two minutes after which the software loaded in the phone provides prescription data.

"Our device has the potential to make routine refractive eye exams simpler and cheaper, and, therefore, more accessible to millions of people in developing countries," Oliveira said in a statement.

The technology takes advantage of the huge improvements over the last few years in the resolution of digital displays and their widespread proliferation on cellphones.

Apart from the software to run on the phone, all that is needed is the snap-on plastic device, which Mohan says can be produced at a cost of about $1 to $2 but could cost only a few cents more in large quantities.

The team is preparing to conduct clinical trials, preliminary testing with about 20 people and objective tests using camera lenses have shown that it can achieve results comparable to the standard aberrometer (it measures every variation of the entire optics of your eye from the cornea, to the retina) test, which shines a laser into the eye and uses an array of tiny lenses to measure its characteristics.

The group plans to launch production of the device initially targeting parts of Africa and Asia. They also hope to produce a more advanced version that will be able to detect other conditions such as cataracts, which could be sold in the developed world as well.

NETRA - short for Near-Eye Tool for Refractive Assessment - is a quicker, simpler and cheaper way to test eye sight, the team says. It already has applied for a patent on NETRA.

According to the World Health Organisation, uncorrected refractive errors are the world's second-highest cause of blindness, affecting about two per cent of the world's population.

Nearly two billion people have refractive errors and they could be potential beneficiaries of the new system. 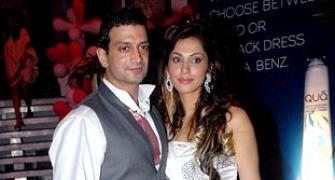 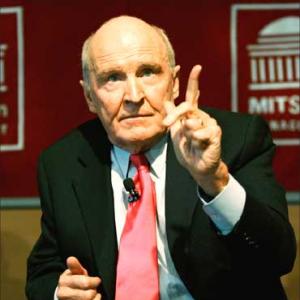 How to be a leader? Lessons from Jack Welch