Clouding the inflation outlook is the recommendation of the 7th pay panel for an average 24 per cent pay hike for millions of its employees, which would lift demand-driven price pressures 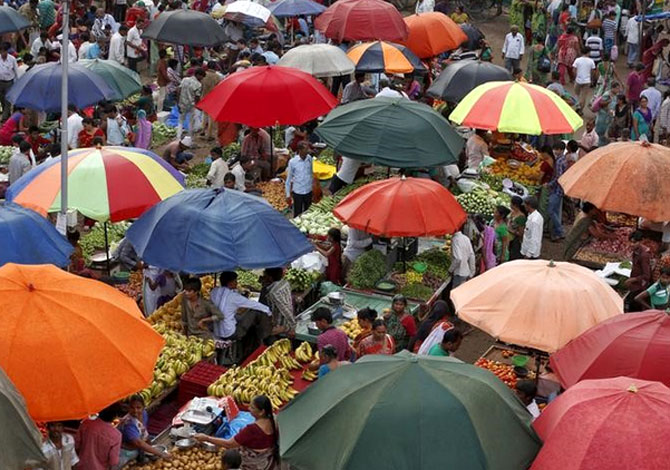 India's retail inflation accelerated to a 14-month high in November, driven up by higher food prices, underscoring the challenge the Reserve Bank of India (RBI) faces in meeting its medium-term inflation target.

The consumer price index (CPI), which the central bank closely tracks for setting lending rates, rose an annual 5.41 per  cent last month, in line with a Reuters poll estimate. Retail prices were up 5.0 per cent on-year in October.

The RBI aims to keep retail inflation to around 5 percent by March 2017. But steep government pay hikes and irregular rainfall pose risks to that target.

"The broader theme really has been a considerable pick-up in food inflation and unwinding of the favourable base of last year, as well as stickiness in services inflation," said Madhavi Arora, economist at Kotak Mahindra Bank in Mumbai.

In her view, the RBI will hold rates at least until March.

After easing monetary policy aggressively this year , the RBI earlier this month held the key repo rate at 6.75 per cent.

While a crash in global commodity prices has tamped down prices in India, the central bank remains worried about elevated household inflationary expectations.

While overall wholesale prices declined an annual 1.99 per cent in November, their 13th straight fall, wholesale food prices gained 5.20 per cent on year compared with October's provisional 2.44 per cent rise.

Clouding the inflation outlook is the recommendation of the 7th pay panel for an average 24 per cent pay hike for millions of its employees, which would lift demand-driven price pressures.

The RBI is also expected to contend with a potentially weakening rupee should outflows from emerging markets gather pace if, as widely anticipated, the Federal Reserve hikes US interest rates this week.

According to a Reuters poll earlier this month, the Indian rupee will weaken through next year.

In this backdrop, very few expect aggressive rate cuts. Economists polled by Reuters last month said the RBI was likely to trim the repo rate by another 25 basis points in the April-June quarter and then stand pat until at least the end of 2016.

The RBI "faces a tough challenge in meeting its medium-term CPI inflation target, suggesting that the rate-cutting cycle has now come to an end," said Shilan Shah, an economist with Capital Economics.

Image: Vendors use umbrellas for shelter from the rain as they sell vegetables and fruits at an open air market in Ahmedabad. Photograph: Amit Dave/Reuters

© Copyright 2020 Reuters Limited. All rights reserved. Republication or redistribution of Reuters content, including by framing or similar means, is expressly prohibited without the prior written consent of Reuters. Reuters shall not be liable for any errors or delays in the content, or for any actions taken in reliance thereon.
Related News: Reserve Bank of India, Reuters, Kotak Mahindra Bank in Mumbai, CPI, Shilan Shah
SHARE THIS STORY
Print this article 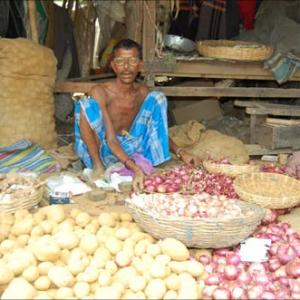 Why food prices are up even as WPI decline continues