Setting "ambitious targets" for himself as the first chief of $ 100-billion New Development Bank (NDB), eminent banker K V Kamath on Wednesday said it will bring about a change in the way multilateral banks function but there is no question of any "rivalry" with them.

Kamath also said that the new bank, set up by India and four other members of the BRICS grouping, will strive to approve its first loan before end of the current fiscal.

Stating that funding requirements are huge at $1-2 trillion for each BRICS country, including India, Kamath said he sees other multilateral lending institutions such as IMF, World Bank and Asian Development Bank (ADB) as "partners, not rivals" in working for growth of the developing world.

Kamath, 67, has been given a five-year term as the first President of NDB, which the five BRICS nations (Brazil, Russia, India, China and South Africa) had agreed to set up last year.

The bank, which will have its headquarters in Shanghai, held its Board of Governors meeting yesterday in Moscow and completed its ratification process.

The meeting was held a day before the seventh BRICS Summit that began in Ufa today. The Summit will be attended by heads of states of all the five BRICS nations, including Prime Minister Narendra Modi.

During the Summit, the leaders of the five BRICS countries will decide on the future course of action for the new bank.

"There are parallels with other multilateral institutions, but we will set our own standards at the New Development Bank," Kamath told PTI in an interview.

Asked how much the new bank would be able to contribute to the funding requirement of India where infrastructure investment itself was pegged at over $1 trillion, Kamath said, "The requirements of India and the other developing countries are so large."

Kamath said the requirements for the infrastructure sector in India and several other emerging markets are huge -- in the range of $ 1-2 trillion.

"It would not be possible for NDB or any one institution to meet all these requirements and therefore we all would need to partner each other," he said.

Asked whether he sees a rivalry or complementary roles for NDB and other multilateral institutions, Kamath said, "There will be no competition at all. The market is big enough for all of us. We all will be major partners in the development of India and other developing markets."

On his focus areas as the first President, Kamath said, "Innovation is something that we will try to bring about in the working of the multilateral banks.

"One of the areas that we will focus is that lenders want the borrowers to follow a certain timeline. We need to see what innovation is required to ensure that this timeline is met or to try and reduce this timeline.

"I know that it is a very ambitious target, but I am sure we will meet this target and the best thing for us is that we are starting on a clean slate and we do not have any past record to follow.

"The Board of Governors of NDB held its first meeting on Tuesday and the Board approved the legal framework to complete the ratification process for setting up of this bank.

"The ratification process is complete now and I'll formally take charge of the Bank in Shanghai on July 20," Kamath said.

"NDB is an outcome of several things and it is the result of some very exciting developing countries coming together. The governments of these countries felt there was a need and it shows that the developing world is coming of age," Kamath said.

The Shanghai-headquartered bank will finance infrastructure and sustainability projects in the five member countries as also other emerging and developing nations, rivalling other multilateral lenders.

Before taking up this role, Kamath was the non-executive Chairman of the India's largest private sector lender ICICI Bank.

Besides, he was also the non-executive chairperson of the IT bellwether Infosys.

Leaders of the emerging economies of Brazil, Russia, India, China and South Africa (BRICS) had last year reached an agreement to establish the New Development Bank, with its headquarters in Shanghai. As per the agreement, India had got the right to nominate the first president.

The BRICS nations account for nearly $16 trillion of global GDP and 40 per cent of the world's population.

India is hoping to get more funds for infrastructure development from BRICS bank. The bank will start with an initial paid-in-capital of $50 billion with each BRICS country contributing $10 billion, while its authorised capital is $100 billion.

In addition, the bank has set up a contingency fund of $100 billion to help BRICS countries to cushion short-term liquidity pressure.

Incidentally, ICICI Bank, which was founded under Kundapur Vaman Kamath's leadership in 1994, now commands an asset base of $100 billion, while the NDB has also been set up with an initial authorised capital of $100 billion.

Kamath will largely operate from China in his new role at Shanghai-based BRICS Bank -- taking him back to one of his favourite countries where he spent a good amount of time during his tenure at Asian Development Bank, between 1988 and 1996, when he returned to ICICI Bank as its CEO.

The 67-year-old banker, known among his friends as KV, began his career in 1971 at ICICI, the erstwhile financial institution that was incidentally set up at the initiative of another multi-lateral development institution, the World Bank.

ICICI Bank was later set up as a subsidiary of ICICI Ltd in 1994, while the parent later merged into it in 2002.

He led the group's transformation into a diversified, technology-driven financial services group that has leadership positions across banking, insurance and asset management in India and abroad.

He retired as Managing Director and CEO in April 2009, and became its non-executive Chairman. Kamath, a mechanical engineer and an MBA from prestigious IIM-Ahmedabad, was on board of several other companies. 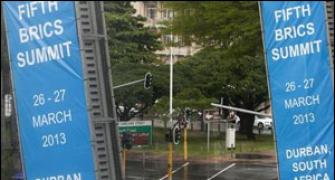 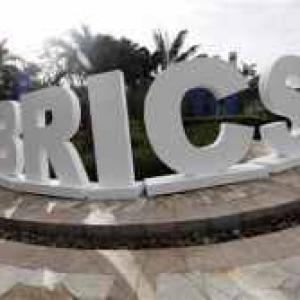