Here's a car that is going to give its competitors a run for their money, says P Tharyan. 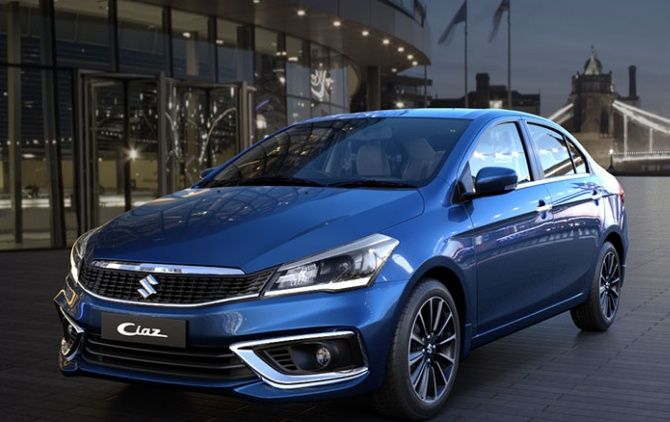 Many people say that Maruti Suzuki compromises on several fronts while making cars. I, however, feel the car-maker plays it by the ear, keeping current market trends in mind. The new Maruti Suzuki Ciaz is an example of this.

While its competitors, the new Hyundai Verna, the new Honda City and the Toyota Yaris, all have features that may give them an edge over the Ciaz, the market leader has a trump card up its sleeve -- a new 1462cc smart hybrid petrol engine, which replaces the earlier 1.4-litre engine. 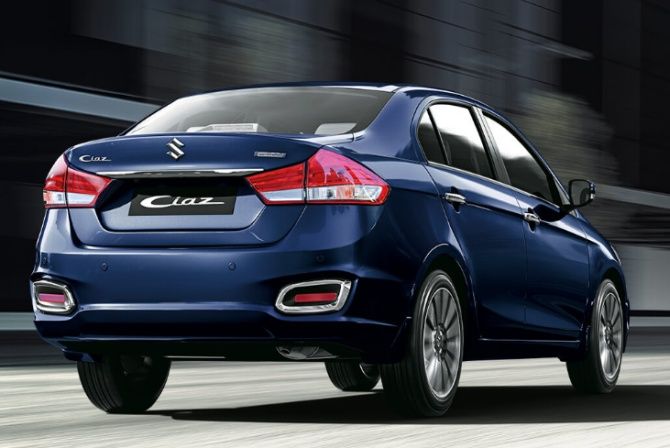 The vehicle comes with a smart hybrid technology.

What this means is that the car has an inbuilt lithium-ion battery set-up. So, each time you brake, the energy, rather than being wasted, is stored in these batteries, as also in the lead acid battery, as part of a process called "brake energy regeneration". This, in turn, assists the engine's idle start/stop and torque assist functions.The energy stored in the lithium-ion battery pack also assists during acceleration.

Not only does this help achieve optimal acceleration and performance, but this also increases fuel efficiency. For a country obsessed with fuel efficiency, the Ciaz offers the best among its competitors.

And, unlike a regular manual mode that is seen in automatic cars, the one in the Ciaz has modes like L, 2 and OD, apart from the regular Drive mode. These play the role of manual modes in the automatic: L is used for steady climbs or for crawling; 2 acts like the second gear; the OD button, which is tucked away on the auto-gear shift lever, when pressed acts as the third gear (a small bright light on the instrument panel glows, which signifies that your speed will be limited).

Though this is a 4-speed automatic, I was pleasantly surprised to see that it behaved efficiently. The power generation was so quick and linear that reaching speeds of 170 kmph was no struggle. The good ride quality, which its sound suspension ensures, also makes this a comfort car. 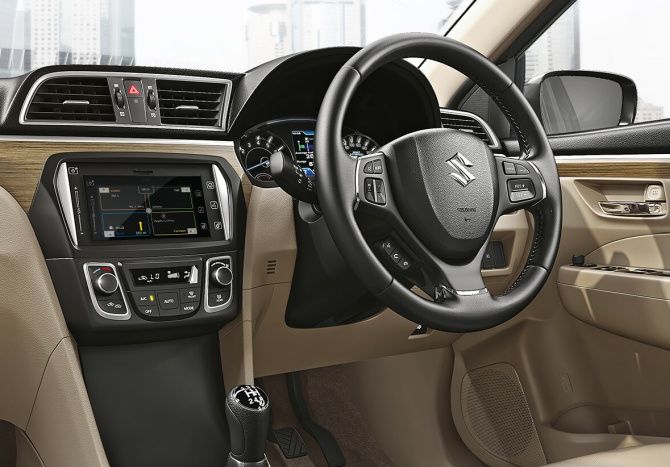 Despite the drum brakes in the rear and disc brakes in the front, the braking ability is in no way compromised, thanks to features like the anti-lock braking system (ABS) and electronic brakeforce distribution (EBD).

While the car could have done with a few more airbags, at least in the top-end version, it's reassuring to know that it has features like reverse parking sensors, reverse parking camera, speed alert system and electronic stability programme with hill hold assist.

As expected, the look of the car has also been jazzed up. Subtle changes have been made to the front and the rear. The grille and bumper are new, and so are the auto LED projector headlamps with DRLs and LED fog lamps. The rear gets an LED combination lamp.

The car's good looks are further enhanced by the chrome bezels on the front and rear fascia. The rear bezels make it seem as though the car has dual exhausts.

The Ciaz rests on 16-inch alloy wheels in dual tone metallic pebble-grey finish and comes with electrically adjustable and foldable ORVMs (outside rear-view mirror). And though the vehicle has power windows, it is only the driver side that gets an auto up/down feature with anti-pinch.

There is a new 4.2-inch, multi-information coloured TFT (thin-film-transistor) display and an analogue speedometer that changes colour depending on the driving pattern. Displays on the screen include fuel consumption, energy flow, trip details and driving range.

The automatic variant, however, does not get a gear shift indicator.

The 7-inch touch screen allows you functions like radio, navigation and call. This Smartplay infotainment system is compatible with Apple CarPlay, Android Auto and Mirror Link. 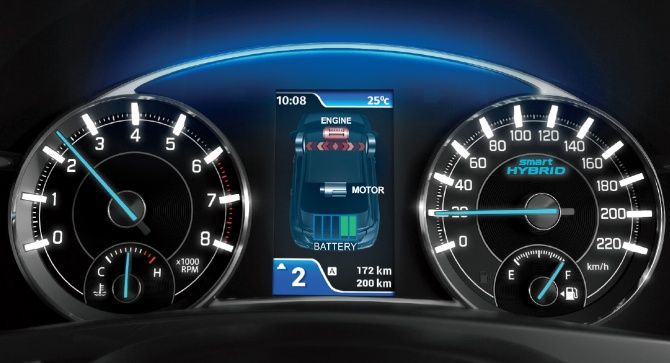 The steering wheel can be adjusted for tilt but not for reach. There are several controls on the steering for functions like voice command, volume control and cruise control.

The top-end model comes with leather upholstery, leather-wrapped steering wheel, chrome garnish, and so on. While the front seats are manually adjustable, and are extremely comfortable, the rear seats, too, are plush and practical and come with adjustable headrests.

Rear seat passengers also get a power socket and air conditioner, but no USB slots.

Here's a car that is going to give its competitors a run for their money. 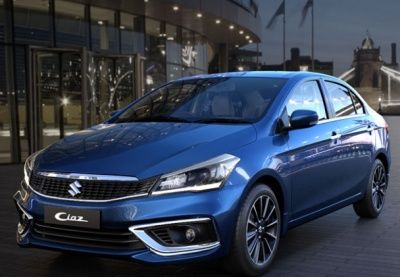 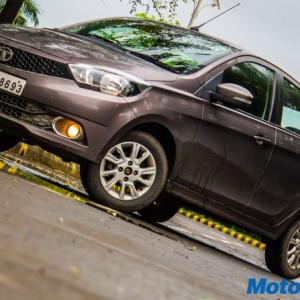