Moser Baer India said on Thursday it has bagged a project to develop one mega watt solar project from Maharashtra government in Chandrapur.

The company has been awarded the contract by Mahagenco, a government of Maharashtra power generation company, Moser Baer India said in a filing to the Bombay Stock Exchange.

"This project will herald the widespread deployment of such solar farms in the country," Moser Baer India executive director Ratul Puri said.

The company would be commissioning the project in consortium with Germany-based SunEnergy GMBH.

The work for the project would be completed before January 2010, the filing added.

Shares of Moser Baer India were trading at Rs 90.20 on BSE, up 2.38 per cent from the previous close.

Source: PTI© Copyright 2022 PTI. All rights reserved. Republication or redistribution of PTI content, including by framing or similar means, is expressly prohibited without the prior written consent.
Related News: Moser Baer India, Bombay Stock Exchange, Ratul Puri, SunEnergy GMBH, GMBH
Print this article
Imran Shehzad, who wanted to blow up the BSE
BrahMos at international exhibition
Search on for abducted officials in Assam 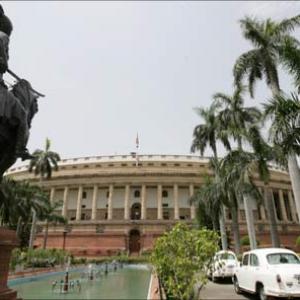 Now, Vellitherai in a theatre near you!