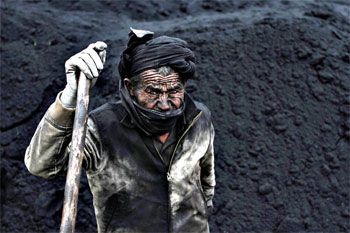 Three top French banks have refused to fund Adani groups' mega coal project in Australia's Galilee Basin near the fragile Great Barrier Reef but the Indian mining giant dismissed their decision, saying it has "no bearing" on the company's operations.

The three banks -  BNP Paribas, Credit Agricole and Societe General - said they will not be involved in proposed mines for the coal-rich Galilee Basin region of Queensland.

Australia last year approved a $16.5 billion mine development by the company, with the project set to play a major role in opening up Queensland's resource-rich Galilee Basin.

Reacting to the reports by the French banks, Adani spokesperson said that the company has never approached the three banks for funding its coal mine project in Queensland.

"The company continues to progress the financing arrangements for its projects in Australia," he said.

"Adani has not formally requested any financing from the institutions you have referred to. An institution ruling out something it was not requested to do has no bearing on this company," the spokesperson said.

"Adani's projects in Queensland comply with the strictest environmental conditions in a world's best practice environmental approvals framework," he was quoted as saying by the Guardian.

A total of 11 international banks have publicly distanced themselves from the Galilee Basin projects in one form or another, including HSBC, Barclays, Morgan Stanley and Citi.

The coal projects are opposed by environmentalists due to the huge volume of greenhouse gas emissions they will create, as well as concerns over the impact upon the Great Barrier Reef. Minerals will be exported overseas from Abbot Point, which lies adjacent to the reef.

Covering 280 sq km, the Carmichael mine would be Australia's largest and it would use a new 300 km rail line to transfer up to 60 m tonnes of coal a year to overseas markets.

According to Julien Vincent from the environmental group Market Forces, "This brings to eleven the number of international banks that have spoken out against the prospect of funding mega-coal mines in the Galilee Basin or new export terminals in the Great Barrier Reef World Heritage Area.

"When it comes to securing finance for their massive coal mine and export terminal, Adani are simply running out of options," Vincent said.

"That so many of the world's biggest lenders to the coal industry can come out and public declare themselves as not involved speaks volumes about how unacceptable this project is from an environmental, reputational and economic standpoint," Vincent said.

"However, while major international banks have demonstrated common sense on this issue, we are yet to see the same statements from Australia's major banks," Vincent said.