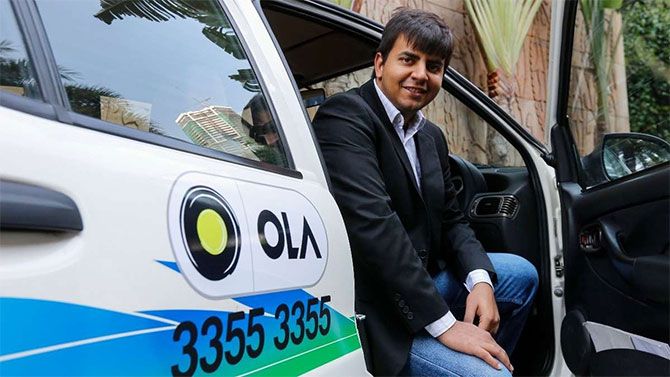 Moody's CFRs are opinions of a corporate family's ability to honour all of its financial obligations.

It has also assigned a B3 rating to the company's proposed senior secured term loan.

"Ola's B3 CFR reflects its loss-making operations and high execution risks associated with its international expansion plans as well as its venture into India's competitive and fragmented food delivery and vehicle commerce sectors," Stephanie Cheong, a Moody's assistant vice president and analyst, said in a statement.

The loan is guaranteed by Ola and its subsidiaries engaged in ride-hailing services, the statement said.

The outlook is stable. The proceeds from the term loan will be used for general corporate purposes.

Ola aims to expand its presence in the UK, Australia and New Zealand, where it currently has a small market share.

In these markets, the company competes against ride-hailing incumbents Uber and Didi, who have much larger scale and stronger balance sheets.

Given these factors, Moody's said it views the payoff from such expansion to be uncertain and the company's intention to fund its evolving business partially with debt as aggressive.

Moody's added that it expects a high level of spending will be required to support Ola's growth plans, such that the company's annual cash burn (cash flow from operations less capital expenditures) will double to $140 million for at least the next two years, from $73 million in FY21.

Moreover, Ola's cash and cash equivalents of $279 million as of March 31, 2021, will just cover the company's expected cash burn and scheduled debt maturities through December 2022, the statement said.

"As a result, the B3 rating is also premised on the successful completion of Ola's term loan transaction as planned, which will provide the required liquidity to sustain its operations beyond the next 12 months, as well as execute its growth plans," Cheong, who is Moody's Lead Analyst for Ola, said.

On the other hand, the ratings will likely face downward pressure if the proposed transaction is delayed or if the funds raised are lower than the company's target of $500 million, in the absence of any alternative funding that shores up liquidity by the year end, the statement noted.

Governance risk is also high because of Ola's status as a privately owned company and the company's ownership by a consortium of financial investors, who are likely to employ financial strategies that largely favour shareholders over creditors, the statement said.

The proposed loan will constitute majority of Ola's debt and is therefore rated in line with the CFR of B3.

The stable outlook reflects Moody's expectation that although Ola's cash burn will remain high over the next two years, it will have sufficient cash, pro forma for loan proceeds, to fund operating losses and cash investments for at least the next 2-3 years, it added.

A rating upgrade is unlikely over the next 12-18 months given the company's loss-making operations and aggressive growth strategy, it further said.

Moody's said over time, the rating may be upgraded if Ola successfully executes its growth plans, gaining greater scale and business and geographic diversity to better weather economic challenges or competitive threats; materially and sustainably improves profitability; and maintains robust liquidity with sufficient cash or alternative liquidity to cover its short-to-medium term debt and commitments.