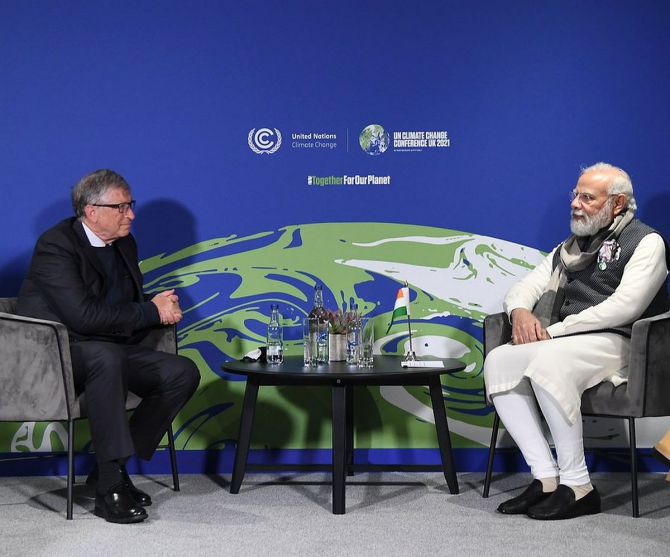 The meeting between Modi and the American business magnate, whose foundation is focusing on fighting the COVID-19 pandemic, took place after the former launched the Initiative for the Resilient Island States (IRIS) for developing infrastructure of small island nations.

Prime Minister Modi expressed appreciation for the work being done by the Bill and Melinda Gates Foundation in India, the Ministry of External Affairs (MEA) said in a statement.

The Microsoft co-founder briefed the Prime Minister on the progress of Mission Innovation, it said.

“They discussed ways to step up activities in India under Mission Innovation,” the MEA said.

Mission Innovation is a global initiative to catalyse action and investment in research, development and demonstration to make clean energy affordable, attractive and accessible to all this decade.

This will accelerate progress towards the Paris Agreement goals and pathways to net zero, according to Mission Innovation's website.

“Prime Minister @narendramodi met @BillGates on the sidelines of the @COP26 Summit in Glasgow. Both discussed ways to further sustainable development and steps to mitigate climate change,” Office of the Prime Minister of India said on Twitter.

Launched alongside the Paris Agreement in 2015, Mission Innovation, a global initiative of 22 countries and the European Commission, brings together governments, public authorities, corporates, investors and academia to enable widely affordable clean energy globally and achieve the goals of the Paris Agreement.

Gates in the past has reinforced his foundation's commitment to supporting the Government of India in its efforts to meet the Sustainable Development Goals (SDG), with a particular focus on health, nutrition, sanitation and agriculture.

On Monday, Gates said that at this year's UN Climate Conference, innovation will take center stage and he was optimistic about the road ahead.

“By bringing the world together at #COP26, we can find more ways to accelerate the development and adoption of the clean technologies we need to reach net-zero emissions,” he said on Twitter.

In May last year, Gates and Prime Minister Modi interacted via video conferencing and discussed the coronavirus pandemic.

“Thank you for the conversation and partnership, @narendramodi. Combating the pandemic requires global collaboration. India's role is key as the world works to minimize social and economic impact, and pave the way to vaccine, testing, and treatment access for all,” the billionaire philanthropist had said on Twitter.

In November 2019, Gates had called on Modi in New Delhi during which the prime minister said that the co-chair of Bill and Melinda Gates Foundation is contributing towards making the planet a better place.

“Always a delight to interact with him on various subjects.

"Through his innovative zeal and grassroots level work,” Modi had said on Twitter.

Last month, the Bill and Melinda Gates Foundation announced a commitment of up to $120 million to accelerate access to the investigational antiviral drug molnupiravir for lower-income countries as part of its COVID-19 response effort.

The funding will be allocated based on consultations with partners, and will support the range of activities required to develop and manufacture generic versions of the drug, which is being developed by Merck & Co in collaboration with Ridgeback Biotherapeutics, the foundation said in a statement.

This commitment builds on the foundation's ongoing efforts, including $1.9 billion in funding, since the start of the pandemic to increase access to COVID-19 vaccines, treatments, and tests by supporting research and development, regulatory work, at-risk manufacturing, and product delivery. 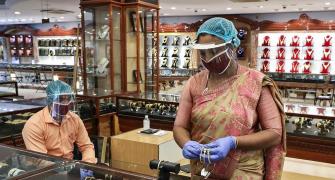 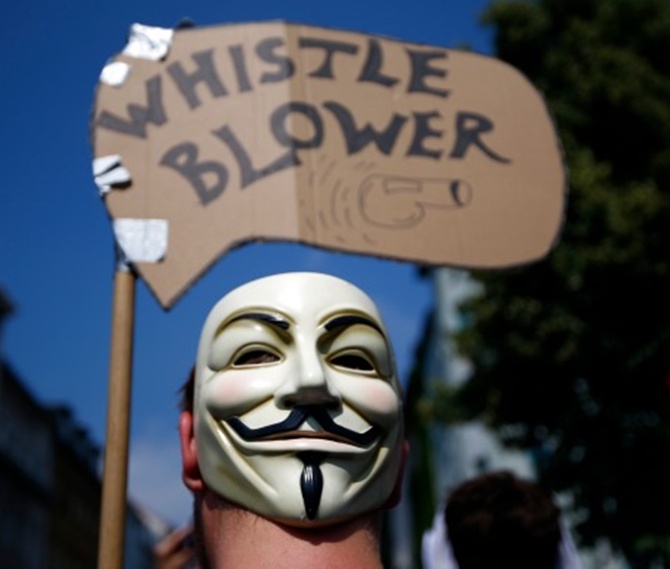 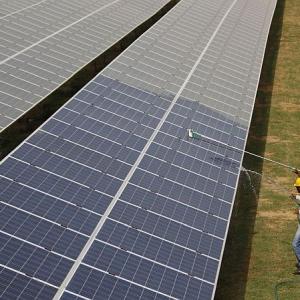