Speaking at a seminar on 'Mobile Security India 2007' Samsung Telecommunications India managing director H C Ryu said, "With the explosion in the mobile industry, the mobile thefts and misplacements are becoming a common occurrence which leads to an annual loss of Rs 500 crore."

Worried about the increasing loss every year to users, the Indian Cellular Association has recommended to the government that it should play an active role in this scenario.

"With the growth of the mobile industry, mobile thefts is becoming a serious issue. We have for that matter recommended it to the government to create some kind of structure with the support of phone companies and operators to address the issue," ICA National president Pankaj Mohindroo said at the seminar co-organised by Samsung and ICA.

We will meet people from the Ministry of Home affairs this month to take the idea forward, he said. ICA is of the view that International Mobile Equipment Identity cloning is a cognizable offence and the legal framework should support in restricting the unfair practise.

IMEI number is an independent identity of a mobile phone with the help of which it can be traced. Cloning of this number makes it hard for the police or the other agencies to track a particular mobile phone that is lost.

Apart from seeking government support, mobile phone companies are trying to address the problem at their level.  Samsung said it has launched phones with features like 'mobile tracker', 'emergency SMS' and 'privacy lock' to enhance personal security and mobile safety.

"When a different SIM card is used, the phone with 'mobile tracker' facility sends an SMS to up to two pre-defined numbers of the original user without the new user knowing it.

The number of the new user can be pulled out and the details can be used to pin-point the unauthorised user in order to register a complaint with the police." Samsung Electronics deputy general manager, marketing Asim Warsi said.

Similarly, the SOS message feature is helpful for the user to alert his associates in emergency situation without having to dial their number, he said.

Samsung would launch around eight models enabled with the new features this month and all the future models would follow the line, he added. 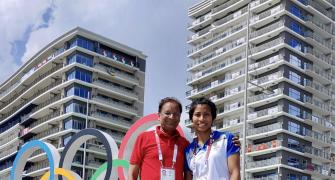 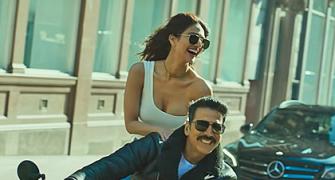