Source: PTI
July 04, 2008 16:07 IST
Money and power being "natural bedfellows" is not necessarily true in the British business world, except for steel tycoon Lakshmi Mittal who figures right on the top of a new 'Richest Power List', compiled after combining two separate rankings of the most powerful and the most richest in the UK.

Giving Mittal company on the new list, compiled by the Times newspaper, is another Indian-origin executive Arun Sarin, the world's top mobile firm Vodafone's outgoing CEO, who has made it to 24th in the combined list, even though he does not figure among the top 1,000 richest persons in the UK.

Mittal, with an estimated fortune of 27.7 billion pounds, had also topped this year the Sunday Times Richest List, which has been combined with the Times Power 100 list to make the 'Richest Power List'.

The Power 100 is an annually compiled survey of the top names in business in the UK. The Times newspaper cross-referenced those on the Power 100 list with another annual ranking, The Sunday Times Rich List, to produce the Richest Power List.

The daily said, "Money and power have always been thought of as natural bedfellows: you only stand a chance of holding sway if you have the wealth to back it up."

"To test the truth of this we combined The Times Power 100 with The Sunday Times Rich List - and we discovered the opposite. In the world of British business at least, it seems that you don't have to be rich to be powerful," it noted.

"Lakshmi Mittal, who tops the Rich List, also leads our combined list," the Times said. Mittal, CEO and main promoter of the world's largest steelmaker ArcelorMittal, was ranked sixth in the Power 100 list.

However some of richest are least influential, the report said, adding, "the man who manages the economy and the man who would like to - Chancellor Alistair Darling and his shadow George Osborne - are absent" from the Richest Power list, despite being ranked 11th and 51st in the Power 100.

Bank of England Governor Mervyn King, who beat Darling with 7th rank in Power 100, is also absent from the new list. Sarin, who was 38th in Power 100 list, stood at 1,259th place in the Rich List with a wealth of 60 million pounds. "But there is one assumption is particular that the

Richest Power List seems to support: money and influence lie mainly with men. While only 10 women featured the Power 100, not even one is to be found in the combined list," Times said. 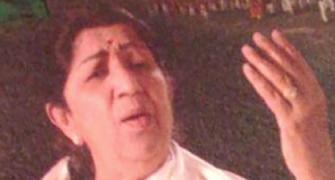