The Tata group chief, who completes his second year in office on Sunday, has gone in for write-downs and sell-offs while committing $35 billion in new investments; TCS still ace in the pack 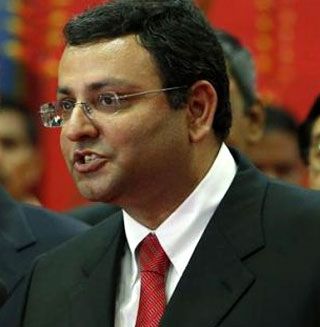 Cyrus Mistry, 46, is hungry for growth like his predecessor. But for the $103-billion-revenue Tata group that has over 100 companies operating in about an equal number of countries, the task is equally demanding.

Especially given that some strategic decisions of the past have proved troublesome in the changed economic environment of today. No one understood it better than Mistry, who asserted himself by writing down $2.2 billion in goodwill from the balance sheet of four companies (Tata Steel, Tata Motors, Tata Chemicals and Indian Hotels) that had made acquisitions abroad.

This is 12 per cent of the $18 billion invested by Ratan Tata in 37 cross-border acquisitions to boost the group’s global competence. It was required when multinational companies started making inroads in India after the liberalisation of the early 1990s. But the changed economic environment of today had a different demand from Mistry.

Tata Steel’s $12.8-billion acquisition of British steel maker Corus in 2007 proved to be a financial disaster after the economic meltdown of 2008 that crippled demand for alloy in Europe. The $1.6-billion goodwill impairment for the asset prepared the ground for partial sale of the facility. Now, Tata Steel is in talks with the Geneva-based Klesch Group to sell the long-product division of its European unit. This division produces five million tonnes of long products, such as wires and billets and accounts, a fourth of Tata Steel Europe (erstwhile Corus)’s output.

“The man has the guts to take such tough decisions quickly,” said O P Bhatt, former chairman of State Bank of India and an independent director on the board of Tata Steel. “On the one hand, he is very low-profile and humble and on the other hand, he is so decisive — that is a powerful personality.”

The year also saw group companies burdened with debt selling off non-core assets to avoid knocking on their parent’s doors. Tata Steel raised about Rs 3,500 crore (Rs 35 billion) by selling its 50 per cent stake in the Dhamra port, besides land in Mumbai’s suburb and its small arm in New Zealand. Tata Power, Tata Communications and Indian Hotels made similar moves when they respectively sold stakes in Indonesian mines, the South African subsidiary Neotel and a hotel property in Sydney.

The tough decisions of write-downs and sell-offs came simultaneously with growth plans. The year saw Mistry presenting his growth strategy, termed ‘Vision 2025’, during the annual leadership summit of the group. The vision document envisages record $35 billion (Rs 2.1 lakh-crore) of investment in the next three years through organic growth.

But the momentum for this organic expansion was created in the last two years of Ratan Tata’s chairmanship, who started consolidating the empire once his acquisitions got stabilised. This saw Tata Steel expanding capacity at its century-old plant in Jamshedpur and Jaguar Land Rover (JLR) starting new product development, such as the now-popular Evoque.

It is this organic expansion plan that Mistry aims to continue as JLR considers investing Rs 35,000 crore this year to expand capacities and Tata Steel is set to spend Rs 14,000 crore for establishing a six-million-tonne greenfield (new) plant at Kalinganagar, Odisha.

“In such large groups, you need continuity and change at the same time, so he has got this balance well. While he is cleaning up a lot of things, he has not made any sharp move that can create instability,” said Rashesh Shah, chairman and chief executive, Edelweiss Group.

The continuity is also evident as the group launches the full-service airline Vistara next month in a joint venture with Singapore Airlines (Tata Sons has a 51 per cent stake in the venture). Early this year, low-cost airline Air Asia started its service in India, in which Tata Sons has a 30 per cent stake. Ratan Tata had for long desired to re-enter the airline business, which the group exited after it had to sell the country’s first airline venture, Air India, to the government in a nationalisation drive in 1953.

During the period, it earned about Rs 16,000 crore in dividends from TCS, excluding the interim dividend in the first quarter of the current financial year. A higher dividend income also shores up Tata Sons’ borrowing capacity. At the end of March this year, the company was sitting on cash and equivalents of Rs 6,074 crore (Rs 60.74 billion), down from about Rs 7,500 crore (Rs 75 billion) at the end of 2013-14.

Mistry’s ‘Vision 2025’ is also about achieving a market capitalisation comparable to the 25 most valuable companies in the world. This would require addition of another $60 billion to its current combined market cap of about $136 billion. But it is not revenue or market capitalisation alone, the group wants to be among the 25 most admired companies and employer brands globally. And it has clearly decided growth clusters for the next 10 years: retail, defence, financial services and infrastructure.

“Cyrus has put huge focus on the way he wants to take the group forward. He clearly has a long-term value-creation strategy and he is approaching it with a clear target that can be achieved in a time-bound fashion,” said a top executive at group headquarter Bombay House said, requesting anonymity.

Mistry also sees a strong role for Tata Sons in this, by way of nurturing group companies. While he earlier set up a group executive council with the mandate to drive group-level strategies, now, he is making its members responsible for each growth cluster.

“Formation of four clusters is the first step in empowering business with logical synergy within the group. This is a healthy change as it is an organised way of doing business and establishes commonality of purpose,” said Ashvin Parekh, a former senior partner at EY and who now runs a consultancy firm under his own name.

And this comes with a clear focus on giving shareholders higher returns as he puts emphasis on profitable growth with a vow to bring the group back to 8.5 per cent operating margin — a level last seen in 2008. Sanjay Nayar, member and chief executive, KKR India, said, “While it is already evident that he is a true culture carrier with a strong strategic bent, one will have to wait to see his approach to capital allocation and returns."

Mistry has about 24 years more of leading the group as chairman. And at the very beginning of his leadership, he is often getting compared with what Ratan Tata was at the end of his career — which is unfair. But to be fair, Ratan Tata also had a choppy start. He was also quick in restructuring the group, exiting from ACC, Tata Oil Mills and Lakmé, companies in sectors where the group did not see itself as achieving dominant position.

The India head of a top global management consultancy firm who did not wish to be identified said: “While Mistry is keeping the values of the group intact, he is yet to make a mark in terms of reshuffling the portfolio of companies with shedding some part of empire.”

The group has a portfolio of businesses in seven core sectors. It plans exits and entries based on leadership, scale, growth and profit. Some of its businesses, including telecom, have not given the desired results. Mistry’s move in this direction will be watched closely. 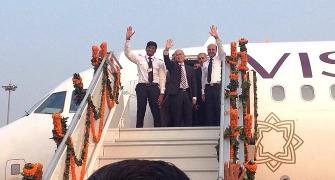 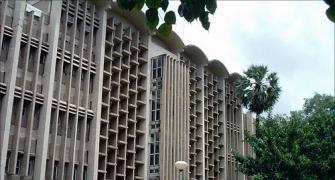 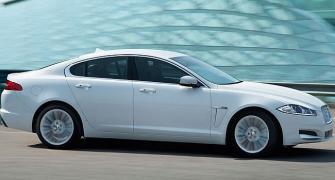 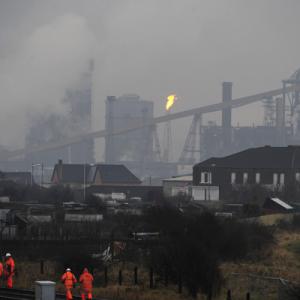 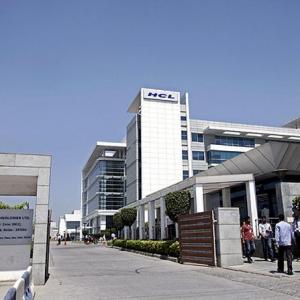