Larsen & Toubro, India's largest engineering, construction and technology company, is aggressively expanding its footprint across various places abroad, as part of a vision to become a global multinational engineering and technology major.

L&T has started new offices, mainly sales and marketing outfits, in countries such as Nigeria and South Africa in the African continent, Brazil in Latin America and Germany in Europe in the past few months.

Further, the company is transforming its West Asia operations as a major hub for its international business, like a 'Mini L&T based out of Gulf', with extensive manufacturing and marketing operations, said sources.

The Rs 340 billion (Rs 34,000 crore) L&T, which earned over 15 per cent of its orders from international operations last year, had got close to a fifth of its revenue from sales outside India. The group had 97 subsidiaries, 22 associate companies and 15 joint ventures within its fold, as on March 31, 2009.

L&T is sitting on an order book (invoice) of over Rs 1 lakh crore and about 20 per cent of these orders are international, mainly from the Gulf region. With the global economy coming out of slowdown, many stalled projects have been revived in West Asia, especially in hydrocarbons and infrastructure. L&T expects to bag a good pie of heavy engineering, electrical, and engineering, procurement and construction contracts from these regions, said sources.

"Expansion to new territories is an ongoing process and we are always looking at new geographies aggressively to tap new markets," said Deepak Morada, spokesperson.

Gulf epicentre
According to estimates of the Arab Petroleum Investment Corporation, around $110 billion could be pumped by the Middle East and North African (MENA) region into petrochemicals and other downstream gas industries between 2009-2013.

"Increasing international orders and investments made in the past one to two years in the Middle East will help L&T earn more revenues from outside India in the coming years," said an industry executive.

In 2010 alone, L&T got close to Rs 2,500-crore of orders from the Gulf. A few days earlier, it won a contract worth $81.6 million (Rs 366 crore) from Abu Dhabi Ports Company for power supply for the first phase of the Khalifa Port. In February, the Electrical & Gulf  Projects Operating Company  a part of L&T's Construction Division  had got orders worth Rs 582 crore from various customers for four electrical projects, besides three projects worth Rs 741 crore from Abu Dhabi and Oman in March.

The majority of these orders are for cabling and setting up of power distribution infrastructure. Larsen & Toubro (Oman) LLC, another subsidiary of L&T in Muscat, also got Rs 668-crore of orders for various buildings and infrastructure projects in the Sultanate of Oman.

Reasoned strategy
The strategy of going global is for sound business reasons, since a wide international customer base enables de-risking of operations and global exposure enables L&T to benchmark its operations against global standards, A M Naik, chairman and managing director, had earlier said.

L&T has set up a fabrication yard at Sohar in Oman to extend its EPC capability for large projects in the upstream hydrocarbon sector and to augment heavy engineering capability in the West Asian market. L&T also has electrical equipment manufacturing  facilities in Wuxi (China), Dammam in Saudi Arabia and at Jebel, UAE. Two years earlier, L&T had acquired the switchgear business of Tamco Corporate Holding of Malaysia, to access its manufacturing facilities and markets in Malaysia, Indonesia, Australia and China.

L&T's engineering and construction division has set up design and engineering centres in the UAE and floated joint venture companies in Kuwait. This division has projects in countries like Oman, Qatar, Saudi Arabia, Kuwait, UAE, Malaysia, Tanzania and Sri Lanka.  The heavy engineering division of L&T has major orders from South America, mainly Brazil, for process plant equipment and is implementing a major order for the the North East Refinery project of Petrobras, Brazil. The division also has fertiliser projects in Algeria and Oman and coal gasification equipment projects in China and Vietnam. 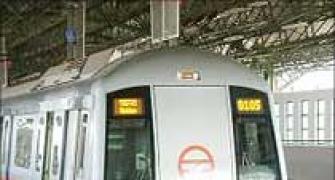