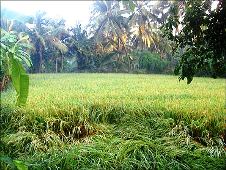 Registration of builders, adherence to approved plans and refund of money in cases of default will become mandatory under a new law that the government plans to bring in to usher in 'accountability and transparency' in land selling and housing transactions.

A Real Estate Regulatory Authority will also be established under the Real Estate (Regulation and Development) Bill, 2011, whose draft was made public today by Union Minister for Housing and Urban Poverty Alleviation Kumari Selja in New Delhi.

The long-pending legislation that seeks to protect home-buyers from fly-by-night developers is likely to be sent to the Union Cabinet for its approval during the Winter Session of Parliament.

Once the law comes into force, no promoter or builder will be able to develop any immovable property without registering the real estate project and obtaining a registration certificate from the proposed authority.

"The government of India has been planning such a legislation for a very long time and real estate sector and others have approached me on a number of occasions on such kind of a law.

"The aim is to intervene and ensure transparency and accountability on part of the promoter to the consumer," Selja told a press conference in New Delhi.

The major aim of such a legislation, the minister said, was to regulate the activities of the real estate sector and usher in an era of 'accountability and transparency' in land selling and housing transactions.

The minister has also written a letter to chief ministers enclosing a copy of the draft bill seeking their views on the legislation.

Asked about the possibility of criticism from the sector of the proposed Bill, Selja said: "I do not wish to convey that I have a rigid stand on the issue. We will talk to everyone whoever wishes to and strike a balance."

The proposed law also has a provision asking the promoter to compulsorily deposit a portion of funds received from the allottees in a separate bank account, to be used for that project only.

Once the promoter registers his project, the firm will be asked to open an online account through which all the necessary documents will have to be sent to the authority, which will further verify them.

The authority will have a chairperson and not less than two members having adequate knowledge and experience of the sector.

It will also have the powers to impose penalty on erring promoters and to direct them to refund the money that they have charged from the consumer.

Selja said 'much of the apprehensions' of the real estate and other sectors would be met in the legislation and expressed her desire to listen to suggestions.

"We are open to suggestions. In fact, I will be holding a meeting with real estate sector, private sector and other stakeholders on this issue," the Minister said.

The legislation also proposes establishment of a 'Real Estate Appellate Tribunal' to hear appeals from the Authority's orders and to adjudicate on disputes.

"The tribunal will be headed by a sitting to retired judge of Supreme Court or Chief Justice of High Court with 4 judicial and at-least 4 administrative/technical members," she said.

A Central Advisory Council will also be established to advise the Centre on matters concerning implementation of the Act. 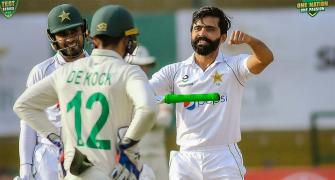