Blocking internet access with a simple flip of the switch, called 'kill switch', is becoming a reality in many countries. 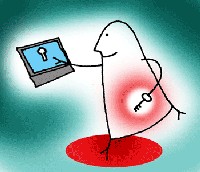 If you have been taught that the internet is free and cannot be controlled, you might have to unlearn what you have learnt.

Late last week (January 28), the Egyptian government, with a single flip of a switch, blocked its over 80 million citizens from accessing the internet or using mobile phones.

Reports of internet access being partly restored started trickling in five days later, and only when the Egyptian President pledged not to seek re-election after 30 years in power.

Around 22 per cent of Egypt's population had to do without the internet and the over 80 million people had no cellphones for five days.

"Every Egyptian service provider, business, bank, internet cafe, website, school, embassy and government offices that relied on the big four Egyptian internet service providers or ISPs for their internet connectivity is now cut off from the rest of the world," US-based security researcher, Renesys, had said on the first day of the blackout, terming the Egyptian government's actions "unprecedented".

Renesys also suggested that there are huge associated economic costs. For one, the majority of internet connectivity between Europe and Asia passes through Egypt.

The Gulf states, in particular, depend critically on the Egyptian fiberoptic corridor for their connectivity to world markets.

Internet censorship, though, is not new. It has happened, and happens frequently, in countries like Burma, Cuba, China (which had blocked keyword searches of the word "Egypt" on the internet as well as on Weibo, the Chinese equivalent of Twitter), Iran, Egypt, Saudi Arabia, and in limited ways in India too.

Ironically, however, on the very day the Egyptian government set out to block internet services in the country, Republican Senator Susan Collins floated the COICA Bill popularly called the "kill switch" bill which, if approved, would give the US President similar powers.

Critics are terming it as a violation of the First Amendment, and the move comes even as the US government is urging Egypt not to choke the internet.

The senators who favoured the Bill reasoned that the move will help protect the US during cyberwars.

Last June, the US government issued a release stating, inter alia, that "...The threat of a catastrophic cyber attack was real.

It was not a matter of 'if' an attack will happen; rather, it was a matter of 'when.' In March last year, the Senate's Sergeant at Arms had reported that the computer systems of the Executive Branch agencies and the Congress are under cyberattack almost 1.8 billion times per month. Additionally, cybercrime costs our national economy billions of dollars annually..."

Critics, however, are not convinced. "...a third possible technical measure is sometimes referred to as the Internet Off- Switch, a version of which was proposed in the US Senate in June 2010.

In the very simplest sense, the internet cannot really be switched off because it has no centre. On the other hand, at the nation state level it is possible to envisage a situation where traffic passing through critical switches is, in an emergency, filtered and shaped...Localised Internet switch-off is likely to have significant unwanted consequences," cautioned Peter Sommer (London School of Economics) and Ian Brown (Oxford Internet Institute) as a contribution to the OECD project, Future Global Shocks.

"The internet is being taken  as a conquest  by changing the structure of the internet's mesh network. The first step is to setup choke points. This is accomplished by asserting control over all ISPs. Governments world-wide are passing laws that force local ISPs to monitor and record everything you do online. Then, if the police or the Feds want a record of your online activity, the ISP must provide it," argued Cryptohippie Inc in its report The Taking of the Internet published in 2010.

Meanwhile, given the mesh network design of the internet, which makes centralised control difficult, netizens from around the world attempted to bypass Egypt's security measures by using proxies like TOR (a network of virtual tunnels which offer anonymity and circumvent network filters), ham radio links and satellite communications.

Help also poured in from unexpected quarters. For instance, a blog post on Google's official blog states that a small team of engineers from Twitter, Google and SayNow (a company Google acquired recently) is helping people in Egypt connect with the globe to tweet by simply leaving a voicemail on some international phone numbers after which the service will instantly tweet the message using the hashtag #egypt.

People can then listen to the messages by dialing the same phone numbers or going to twitter.com/speak2tweet.

"We hope that this will go some way to helping people in Egypt stay connected at this very difficult time," said the blog by Ujjwal Singh, CoFounder of SayNow and AbdelKarim Mardini, Product Manager, Middle East & North Africa.

The author, on a sabbatical from Business Standard, is an MIT Knight Science Journalism Research Fellow 2010-11. 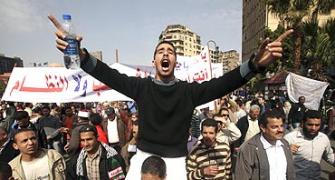 PIX: Mubarak's game over, shout million Egyptians
Attack on journos in Egypt unacceptable, says US
Mubarak not to quit before September 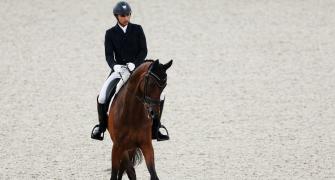