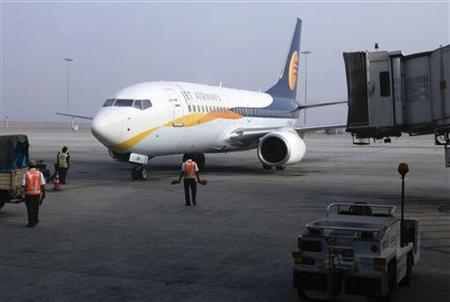 Ball's resignation will be effective from February 29 next year, it said.

Jet Airways had appointed Ball as its CEO in May last year.

Ball has quit the airline to pursue a new opportunity in Europe for family reasons, it said.

"Cramer has, during his tenure, made a significant contribution in the journey to turn around Jet Airways.

Shetty, will now lead the operating committee in managing the day-to-day operations of the company, the release said, adding that he will be functioning under the supervision and control of the Board of Directors, chaired by Goyal.

"I am honoured to have been able to play a part in the turnaround of Jet Airways, as it moves towards long-term sustainable profitability. . . I am pleased with the progress that has been made," Ball said on his resignation.

Source: PTI© Copyright 2021 PTI. All rights reserved. Republication or redistribution of PTI content, including by framing or similar means, is expressly prohibited without the prior written consent.
Related News: Cramer Ball, Jet Airways, Naresh Goyal, CEO, Board of Directors
Print this article