The resolution professional of Jet Airways on Thursday sought more time from NCLT to pay salaries to employees saying he is awaiting permission from the lenders to dispose of some assets to generate funds.

The counsel for the RP, Ashish Chhawchharia of Grant Thornton, said Jet Airways currently has no revenue from operations, hence not in a position to pay the employees.

He further said he has sought the permission of the lenders to liquidate some assets so that 7,400 employees-who have submitted claims to the RP in July--of the bankrupt airline can be paid a portion of their salaries.

While roughly 2,000 of them have been absorbed by other airlines - mostly pilots, cabin crew and engineers - others, mostly those in the non-critical areas---are still stuck with the bankrupt firm.

Late last month, the RP had said as of July 4, he had received claims worth over Rs 25,000 crore from various stakeholders, including Rs 1,178 crore from staff and workmen.

On July 23, the tribunal had asked the RP to discuss employee's salary concerns with the lenders to pay at least a portion of their wages.

Meanwhile, on the pleas by Lucky Star and HDFC, the RP said the airline do not require the large rented premises now as it has no operations and will shift to its own property in BKC on which HDFC has made a partial claim as it has given a Rs 400 crore to the airline.

To this the Lucky Star counsel said they are working on a settlement under which the airline can move into a smaller space and in turn it can return a portion of the deposit to the RP.

Responding to this, the RP said he will move a proposal to the lenders to this effect and if the lenders rejected the idea, he will bring the matter back to NCLT.

Lucky Star, which has leased out the six-storey headquarters of the airline known as Siroya Centre in suburban Andheri, had on July 23 moved the NCLT against the RP seeking possession of the building.

The Siroya Centre near the international airport is valued at around Rs 150 crore.

The counsel for Lucky Star had alleged that the RP refused to give back the property, which was leased to Jet Airways, even though the lease agreement was terminated on June 17-the day the airline was sent to NCLT-- due to non-payments lease rentals. 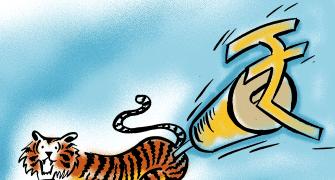 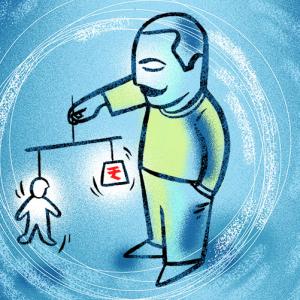