"They might not look at the bigger projects like ultra mega power projects  right away, but will look at projects with a size of 1,200 to 1,400 Mw," said an industry source. These companies were looking at opportunities in the Indian power sector and might bid for some power projects soon, sources added.

Tepco, the largest Japanese and the world's fourth-largest power generator, has a capacity of 64.3 gigawatts, while J-Power, which operates 67 plants, has a capacity of 16,985 Mw. E-mails sent to both companies remained unanswered.

India has plans to add 78,000 Mw of power generation capacity in the 11th Five Year Plan and these companies want to seize this opportunity. "Japanese companies can look at the opportunity as they already have a presence in the equipment side of the power market. India is a huge market, with high requirement of electricity, leading to a demand supply skew towards power generators. This is a country which requires anywhere between 100,000 to 200,000 Mw of power in the short to medium term," said Kuljit Singh, head-infrastructure, Ernst & Young.

Foreign companies, able to procure debt at a lower interest cost, can be an advantage in this capital-intensive sector, according to experts. "With two per cent interest cost and fixed returns of eight-nine per cent, the power sector makes for a good investment for foreign companies. Merchant power sales also offer good profits," said a Mumbai-based equity analyst.

Foreign companies will also have their share of challenges in the Indian market. "The Indian market is a greenfield play where you require assistance from many government agencies for land acquisition, fuel, water, environment and other clearances. Foreign companies might find it tough to handle such aspects on their own," said Singh.

This has been one of the reasons for many foreign power utilities to stay away from bidding, though the government allows 100 per cent FDI in the automatic route in generation, transmission, distribution and power trading except in atomic power. Besides, the negative publicity of the Dabhol and Enron scandals also kept foreign investors at bay.

In 1992, many foreign power companies came to the country and returned due to various issues. However, some foreign companies made their presence felt, although in a small way. Genting, a Malaysian power company, has bid for power projects along with Lanco Infratech, and both these companies own a 370-Mw gas-based power project in Kondapalli, near Vijayawada in Andhra Pradesh. American electricity major AES operates and owns a minority stake in a 420-Mw coal-fired power plant in Orissa.

Hong Kong-based power utility China Light and Power, which forayed into India a decade back, said that the situation had changed drastically in the last few years. "Until 2004, the experience was difficult, especially with payment defaults from off-takers. Projects were not awarded on a competitive basis and foreign companies were at a disadvantage. Last few years have been positive, reforms have set in and all our dues have been paid," said Rajiv Ranjan Mishra, MD of CLP India.

CLP has two gas-based power projects in Gujarat, four wind projects in Gujarat and Maharashtra, Karnataka and Tamil Nadu, and a coal-fired project in Haryana. The company plans to tread cautiously when it comes to bidding for new projects. "The preferred size of projects that we would like to bid for will be in the range of 1,000-1,500 Mw. UMPPs are way too big." 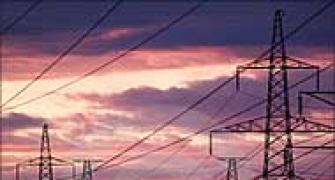 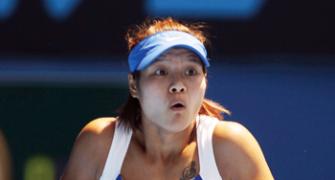 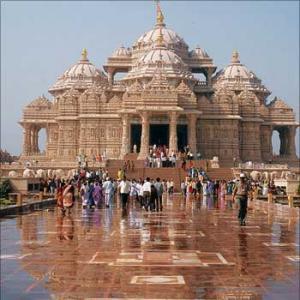