It's time for brain gain, say Indian scientists in US 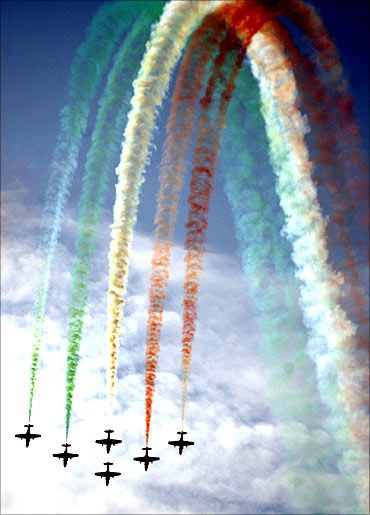 Managed and operated by volunteers from Boston, YIM is a non-for-profit organisation founded by MIT/Harvard Indian-origin scientists and entrepreneurs in 2009.

About 50 young Indian scientists have gathered in Boston to discuss ways to catalyse brain drain to brain gain for India by getting the best of minds back to the country.

"One, there no constraint of money (in India) if you have a good science project. Secondly there are better research opportunities in India and the environment to do scientific research has improved tremendously," Mallikharjuna Rao Komarneni from Guntur said.

Komarneni came to the US in 2008 to do his PhD at the North Dakota University. Seven years later, Komarneni is now a post-doctoral fellow at the University of Oklahoma and has two patents in his name.

But now he aspires to go back to his home country to do basic research in surface science and heterogeneous catalysis.

Komarneni and other like-minded scientists gathered in Boston over the weekend to attend a three-day Young Investigators Meeting at the prestigious Massachusetts Institute of Technology.

To help them take a decision and tap into this impressive pool, officials from over a dozen India academic institutes, including from IITs, gave presentations and held meetings with these Indian scientists who want to go back to India.

"This is an effort to convert brain drain into brain gain," Ajikumar Parayil, president & director of Young Investigator Meeting in Boston -- organiser of the event -- told PTI.

Managed and operated by volunteers from Boston, YIM is a non-for-profit organisation founded by MIT/Harvard Indian-origin scientists and entrepreneurs in 2009.

YIM has been pushing for brain gain for the past several years, much before it was picked up by leaders in the political domain, said Parayil, who is a scientist at MIT.

In the six annual meetings like the one being conducted at MIT over the weekend, YIM has so far been instrumental in more than 90 young Indian scientists going back to India.

"The trend is picking up and it is quite fast," said Dr Shahid Jameel, CEO of India-British joint venture Welcome Trust DBT India Alliance.

"I see more and more Indian scientists going back to India," he said and attributed this primarily to the tremendous improvement in environment of scientific research in India and substantial reduction on funding for basic science in the US.

"Today India is a land of opportunity. Come back to your country. Under Prime Minister Narendra Modi, India is offering a better scientific research now. India is the future," Professor Gurinder Singh from the Amity University told the young researchers in his presentation.

During the presentations, scientists asked questions about career opportunities, status of grant for scientific research and bureaucracy.

But going back to India is not without challenges.

Komarneni said before coming to Boston he did not know how and where to apply.

"This is the experience of many of us, who plan to go back -- where to apply? How do I know about it?" he asked.

"To tap into the potential of these highly young Indian scientists, we need to show that the government is committed to funding in the long term," Jameel said.

But Sahoo said under new government the mantra is public private partnership.

Government funding would come down, but this in no way reflects that the commitment to promote science and create a conducive environment for scientific research has diminished.

"In fact, it has strengthened," he asserted.

But these challenges have not deterred scientists like Anirbanu Basu from MIT, who is currently working at Microsystems Technology Laboratories to build miniaturised vacuum systems that use low power electron emission to generate X-rays and also to enable chip-scale atomic spectroscopy sensors.

Pitching for a position in India, Himanshu Shekhar, a post-doctoral fellow at the University of Cincinnati, showed how microbubbles can be used in ultrasound imaging and drug delivery.

Lakshmi-Prasad Potluri, from the prestigious Harvard Medical School, said that he wants to go back to India to work in the field of dreaded tuberculosis.

"Scientific environment in India has improved tremendously," observed Praveen K Vemula, who is a principal investigator at the Institute for Stem Biology and Regenerative Medicine, an autonomous institute of Department of Biotechnology. "India is now offering a huge opportunity," said Vemula, who in 2012 opted to make India his base for research and not the US.

Lalit K Jha in Boston
Source: PTI© Copyright 2022 PTI. All rights reserved. Republication or redistribution of PTI content, including by framing or similar means, is expressly prohibited without the prior written consent.
Print this article 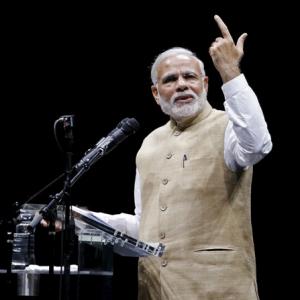