The Indian School of Business, Hyderabad, has tied-up with three top Asian B-schools to devise a strategy to attract more students from the United States, Canada and Europe.

Along with the Hong Kong University of Science & Technology, China Europe International Business School, and Nanyang Technological University, ISB officials will jointly market the potential of studying management in Asia to Western students. All four B-schools, including ISB, feature among the top 30 in the Financial Times (London) rankings of the Top 100 Business Schools in the world.

After five months of meetings and discussions, these four Asian B-schools have now branded themselves as 'Top 4Asia B-schools', created a logo which depicts the same, have a common signature, and a website http://www.topasiabschools.com to achieve the creation of an 'Ivy League' kind of image for students from developed countries.

These 'Top 4 Asia B-schools', on their newly-created website, reason that "Asia is the new land of opportunity. This is where you should be...to be present to learn to address the challenges of today's increasingly complex business world. And, it is what makes a vital difference in your CV and to the direction your career is headed."

"Asian education has now reached a critical mass trajectory. It is in our interest to give students multiple options. Hence, we got together with the other prominent Asian B-schools to jointly market our programmes. This proves more effective than going it alone," asserts Deepak Chandra, deputy dean of ISB.

Along with their counterparts from the other three Asian B-schools, ISB officials will sometimes travel together to North America and Europe, to promote their cause.

"This could be in the form of World MBA events wherein we travel together along with the officials of the other B-schools or sometimes in pairs. We also plan to participate in seminars besides using collaterals, etc. in the countries that we travel to," says V K Menon, senior director (Career Advancement & Admissions), ISB.

Menon points out that traditional marketing methods like direct mailers, advertising, etc., are "prohibitively expensive", hence "this strategy makes senses". "We have a history of collaboration, especially in executive education programmes," he adds. For instance, ISB has collaborations with some of the world's leading corporations including a number of Fortune 500 companies, the Kellogg Graduate School of Management at North Western University and the Wharton School at the University of Pennsylvania and London Business School.

All the top four Asian B-schools, including ISB, have an international standing, a pedigree and are well-anchored in their own regions. ISB enjoys the distinction of being the first Indian B-school to be ranked among the top 12 global business schools in the FT rankings. All its faculty members hold doctorates.

HKUST was established in 1991. Today, it is regarded as Hong Kong's premier business learning centre and its MBA programme has been consistently ranked No.1 in Asia by The Economist and world No. 9 by Financial Times in 2010. HKUST Business School is characterised by a blend of East meeting West. It was the first institute in Asia to be awarded dual accreditation by AACSB in the US and EQUIS in Europe.

CEIBS, on its part, has the longest running MBA programme in mainland China and the biggest EMBA programme in the world. The school has 10,000 graduates worldwide and 1,000 are added every year. It ranks No. 22 globally by Financial Times and has been No.1 in Asia for six years.

The Nanyank MBA has consistently been Singapore's No.1 MBA programme (both Financial Times Global BA rankings and The Economist's MBA rankings) for several years. It provides a pan Asian experiential learning, spanning China, India and the rest of Asia, while allowing global experience as Singapore is home to more than 5,000 global MNCs. 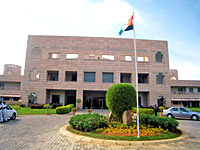 ISB vs IIMs: How they match up 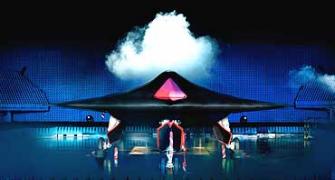 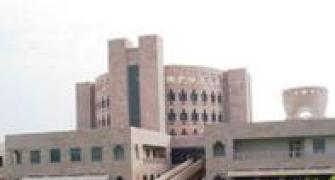 Studying at ISB to cost over Rs 20 lakh

Want to study at ISB or in the UK? Read this 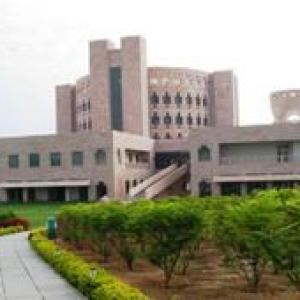