News
Business
Movies
Sports
Cricket
Get Ahead
Money Tips
Shopping
Sign in  |  Create a Rediffmail account
Rediff.com  » Business » Is Jet getting closer to finding its wings?

Is Jet getting closer to finding its wings?

Darwin Group has offered Rs 14,000-crore deal to the lenders for acquiring the grounded airline

Top management of lesser known Darwin Group, which was one of the unsolicited bidders for Jet Airways, Wednesday met officials of SBI Caps to discuss its proposal.

The Group has offered Rs 14,000-crore deal to the lenders for acquiring the grounded airline, its CEO Rahul Ganpule said.

Darwin Platform Group of Companies claims it has investments across various sectors including oil and gas, hospitality and realty, among others.

Ganpule said the company had submitted its bid on May 8.

"They (SBI Caps) had called us. We wanted to understand the liability and assets of Jet Airways," he told reporters after the meeting.

The ailing carrier owes over Rs 8,000 crore to the lenders.

SBI Caps had early last month invited expressions of interest between April 8 and 12, on behalf of the lenders to sell their stake in the carrier.

It received one solicited bid from the airline's investment partner Etihad Airways, besides two unsolicited on May 10, which was the last date of submission of financial bids.

The bids were examined by the lenders on May 13 and they found Etihad's bid conditional.

Ganpule said though the Group had done due diligence before submitting the financial bid, it wanted some more financial details that were not publicly available.

He said there is limited information available about the airline in Registrar of Companies and other public sources, and has requested SBI Caps to provide more details about the actual liability of the airline.

Ganpule said the Rs 14,000 crore offer made by the Group is to take over the entire liabilities of the grounded airline.

"It would be one time settlement and all the past liabilities (of Jet Airways) would be taken care of.

“The acquisition will be funded through internal accruals," he said adding SBI Caps has asked the company to provide all the details regarding the funding.

Ganpule also claimed that the company was in touch with Etihad for taking them on board. 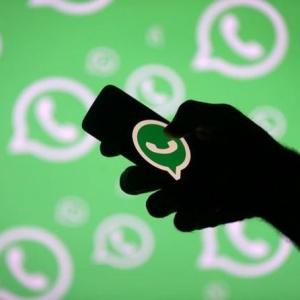 How Spyware was installed on phones through WhatsApp