This year, the biggest event will be whether the US Federal Reserve can raise rates by a full one percentage point, which seems unlikely, says Shankar Sharma, vice-chairman and joint managing director at First Global, the multinational full-service securities house, in an interview with Ujjval Jauhari. 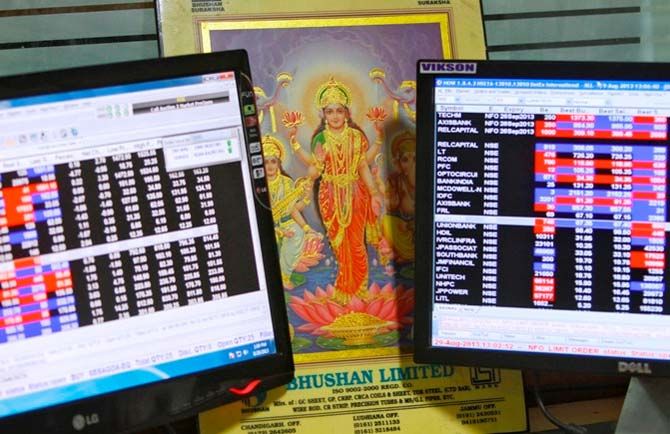 With the US Fed rate increase out of the way, what are the expectations this year?

In my view, the Fed rate increase was gratuitous. US growth is very patchy, and inflation is nowhere on the horizon in the West, thanks to the strong dollar, and low demand pretty much across the world.

I think the Fed raised (rate) simply because it wanted to signal to the world that all is well with the US economy. That's a silly reason.

Now, the markets are confused. The rate increase should have convinced us that the US is growing well. But, nobody really believes this in entirety.

Hence, the confusion. Which, I suspect, will end badly for the markets. After a bit of a rally, though.

What are the critical events to watch for?

The biggest in 2016 is whether the Fed can increase a full one percentage point as it believes it can.

I don't believe it can. And, if it can't because of soft economic conditions in the US, imagine how the markets will take it.

How is India placed among emerging markets now? What is the stance of foreign institutional investors?

India has always been a good bet in relative terms during crises/turbulent times in emerging markets (EMs).

One has seen that right from the Asian crisis of the late 1990s.

However, it's basically EMs that are the problem. This equity class has been a terrible long-term performer, pre-2003, for years. It had a brief four to five-year rally, following the weakness of the dollar and the commodity bull market.

Thereafter, this class has lapsed back into its long-term groove of under-performance.

The truth is companies are poor users of capital, have very little sustainable business edge and most operate in commodity businesses.

Such businesses can have only cyclical bull markets, rarely structural ones.

That's why you see Indian information technology, pharmacauticals, automobiles, consumer companies doing well over the past several years, as there is a huge paucity of quality businesses in EMs and funds have very little choice but to keep buying these.

I am very clear: Save for occasional technical rallies, the commodity bull market is over.

And, my long-term view has been that the world loves a bull market in every asset class, be it stocks, bonds or real estate.

The only bull market most hate is the one in commodities. Because it enriches a handful of countries and impoverishes everybody else.

So, the world will always find a way to puncture a commodity bull market, whether via innovation or via brute force of currencies, like the strong dollar over the past couple of years.

What risks does a slowing China pose?

The China risk is well understood by everybody now. It wasn't understood a few years before, say in 2012, when the entire buy-side and sell-side consensus globally was that China had plenty of bullets left to keep stimulating its economy.

We wrote a research note in 2012 and also an article in Business Standard that blew this myth apart, highlighting that China's debt to GDP (gross domestic product) ratio was almost 200 per cent.

China has no bullets left, except to let its currency drift down. It's a simple trade.

What are the earnings expectations from the December quarter?

I have the same expectations for the past several quarters. Analysts start each year forecasting 17-20 per cent earnings growth for the market.

By the end of the year, it winds down to five to eight per cent. FY16 is headed the same way.

People over-bet on an under-analysed, over-simplified political trade and, hence, are feeling disappointed. Can the rally in small-caps and mid-caps sustain?

I have been table-thumping bull on Indian small and mid-caps in the past 18 months.

Our thesis has been that there is simply not enough economic growth to lift growth rates of large-caps, say, a Larsen & Toubro or Hindustan Unilever.

But, there is adequate growth to propel smaller companies in pharma, financials, infrastructure and chemicals to massive growth.

I strongly believe that Indian small and mid-caps remain the single best equity category in the world.

The caveat, of course, is that there are dodgy companies and promoters in that set, and even experienced investors and analysts can get conned there.

That said, I am enthused by many companies in this category. These are innovating and nimble, and the managements are conscious that the old strategy of playing fast and loose with investors' money is a one-way ticket to purgatory. 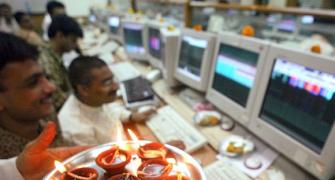 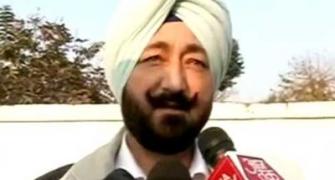 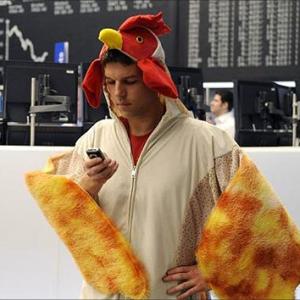