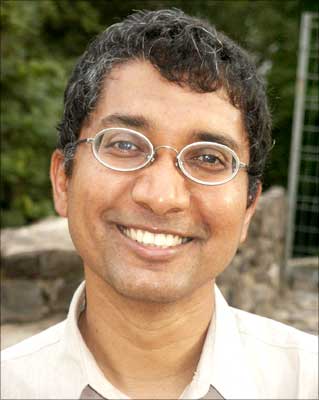 Raghu Ramakrishnan, a vice president at Yahoo!, has been awarded the 2008 Innovation Award by the Association for Computing Machinery Special Interest Group on Knowledge Discovery and Data Mining for his significant technical achievements in the field.

The award that Ramakrishnan, vice president, research fellow and chief scientist for the audience technology and cloud computing & data infrastructure groups, Yahoo!, was named for last month is the highest technical award in the fields of data mining and knowledge discovery.

The award is given to one individual or one group of collaborators who has made significant technical innovations in the field of data mining and knowledge discovery that have been transferred to practice in significant ways, or that have significantly influenced direction of research and development in the field.

Dr Ramakrishnan's contributions span technical innovation on algorithmic and systems aspects of data mining. ACM said that his work on scalable data mining algorithms started with what is known as 'BIRCH' that introduced the groundbreaking idea of a cluster feature, a concise summary of a cluster, which became an integral component of further research.

'ACM SIGKDD is pleased to present Raghu Ramakrishnan with its 2008 Innovation Award for his important contributions to the advancement of the data mining and knowledge discovery,' said Gregory Piatetsky-Shapiro, chair of ACM SIGKDD.

'Ramakrishnan's visionary research on techniques for scaling data mining algorithms to large datasets, and on mining ordered and streaming data has significantly influenced ongoing developments in the industry,' he said.

At least two more scientists of Indian origin -- Rakesh Agrawal of IBM and Ramakrishnan Srikant of Google -- have received the same prestigious annual award before.

Prior to joining Yahoo!, Ramakrishnan, a native of Madras and alumnus of IIT Madras, was a professor of computer sciences at the University of Wisconsin-Madison, and was founder and CTO of QUIQ, a company that pioneered question-answering communities, powering Ask Jeeves' AnswerPoint as well as customer-support for companies such as Compaq.

ACM noted that with the arrival of Web 2.0, his visionary concept has gained wide acceptance; the QUIQ-powered Ask Jeeves. Answer Point question-answering portal was the forerunner of similar portals from Amazon, LinkedIn and Yahoo!.

At Yahoo!, he is responsible for helping to create a comprehensive, high-performance and globally scalable computing and storage infrastructure.

In addition, Ramakrishnan heads the Community Systems group in Yahoo! Research, and is chief scientist for the Audience Technologies group, where he has led the research on content optimisation, the task of algorithmically selecting the right content to display on a page when a user visits a Web portal.

'I am honored to be recognised with this prestigious award. My work has been carried out in close collaboration with many students and colleagues over the years, and in accepting this award, I represent all of them,' Ramakrishnan said.

Get Rediff News delivered into your Inbox.
Suman Guha Mozumder in New York
SHARE THIS STORY
Print this article