7,000 unemployed pilots in India but airlines continue to bet on expats 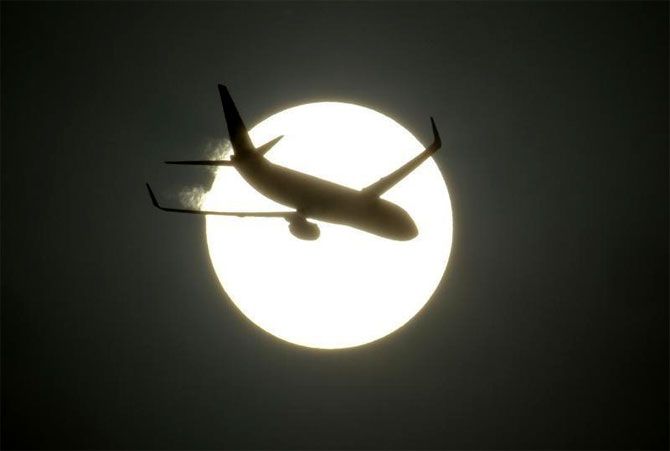 Arav Joshi (26) completed his flying course from a New Zealand-based training academy in 2012. That did not translate into a job. He then did a type-rating course from a Pune-based facility in 2014. The total expenditure came to around Rs 50 lakh. He is still without a job.

A type-rating certification is an important credential for a pilot to fly a commercial jet. But despite such training, Joshi is among the 7,000-odd who hold commercial pilots licences (CPLs) but have not been able to land a job.

Despite this large pool, Indian carriers say it is difficult to find suitable people to hire. They are hesitant to recruit freshers to man their cockpits.

National carrier Air India, for example, had in July advertised it would recruit 415 pilots for Airbus A320s. The airline had a requirement of more than 500 pilots, as it wanted to expand its fleet rapidly. But the hiring plan went awry, and the airline is now struggling to find suitable candidates.

Only 251 candidates, less than half of those shortlisted, cleared the psychometric test. Air India is now looking to lure back pilots who had left when it had planned to cut costs. The psychometric test was made part of the recruitment process since the co-pilot of a Germanwings plane deliberately crashed a passenger aircraft in 2015, killing 144. The co-pilot had been earlier declared “unfit to work”.

Indian private airlines bank on expat pilots, though the cost of hiring them sis significantly higher.

AirAsia India, a joint venture between Tata Sons and Tony Fernandes-owned AirAsia Bhd, is looking to hire at least 30 expat pilots as it looks at fleet expansion after fund infusion from promoters.

Sources said despite multiple rounds of road shows across cities, the airline has failed to find enough Indian pilots. An AirAsia spokesperson declined to comment. Jet Airways, sources said, was looking to hire 30 type-rated foreigners to fly its Boeing 737 planes.

Having an expat on board adds to the financial burden of an airline. “The salaries of expats are higher. The airline has to provide them accommodation and also bear the expense for their journey to their home country,” said a pilot with a domestic carrier.

Expat pilots also require several safety approvals, which take around six months. “During that period, you have to pay them but cannot use them to fly.”

An executive of a private airline said: “While there are thousands of CPL holders in the country, getting type-rated Indian pilots becomes difficult. You have to give them additional training. No airline wants to recruit simple CPL holders and bear that cost.” At prevailing cost, training a pilot for the Airbus A320 family of planes would work out to Rs 23 lakh.

Such is the crunch for trained hands that airlines have now approached the regulator to increase the notice period of a pilot from six months to a year. Low-cost carrier SpiceJet recently gave a hike of Rs 1 lakh a month to captains of Boeing 737 aircraft. Experts said bad planning by the airlines was the reason forcing them to look for expat pilots.

“An airline typically has its fleet planning done more than two years before aircraft join. It can easily recruit Indian pilots and give them suitable training,” said a trainer for a private airline.

IndiGo, the country’s most profitable airline, had its recruitment plan ready beforehand. The airline hired aggressively, as it placed its aircraft orders, though it resulted in 24 per cent higher employee cost in the April-June quarter.

In the past 18 months, it promoted 155 first officers as captains.

IndiGo President Aditya Ghosh said: "In the last 10 years, we have inducted 941 fresh CPL holders, who just had the basic flying licence, and trained them to become captains and trainers on the A-320 airplane.

Quite a few of these young CPL holders are now flying as pilots and trainers in IndiGo and abroad.” As Indian aviation enters its fastest pace of growth, it remains to be seen if this will translate to more jobs in the sector.