The proposed overhaul of popular H-1B visa regime may result in higher operational costs and shortage of skilled workers for the $110-billion Indian outsourcing industry. 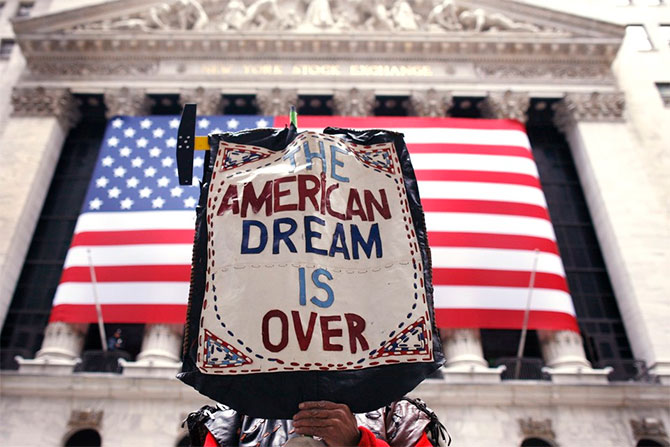 India on Tuesday pitched for certainty in the US visa regime arguing that businesses flourish only in a stable environment.

Commerce and Industry Minister Nirmala Sitharaman said that the issue has been discussed in detail with a group of US Congressmen.

"We have discussed in detail as to what the uncertainties are all about...business always flourishes in an environment of certainty and transparency. So even this visa related issue is an issue on which we would want to have an air of certainty and also transparency," she told reporters.

She said the bipartisan Congressmen stated at a meeting in New Delhi on Monday that they are waiting for the new administration to fully settle down.

"I hope as important Congressmen, they will play their role," she said.

The minister was speaking on the sidelines of launch of a report by the United Nations.

The US delegation was led by Bob Goodlatte, chairman, Judiciary committee, House of Representatives.

The proposed overhaul of popular H-1B visa regime by US President Donald Trump has raised concerns among Indian IT firms, as any changes in the visa regime may result in higher operational costs and shortage of skilled workers for the $110-billion Indian outsourcing industry.

Indian IT sector, which contributes 9.3 per cent to the country's GDP, is one of the largest private sector employers of 3.7 million people.

The US accounts for nearly 62 per cent of the exports, while EU is the second largest market for the Indian IT services exporters with around 28 per cent contribution.

Recently, a US legislation (Lofgren Bill) has been introduced that proposes doubling of the minimum wages of H-1B visa holders to $130,000. The current H-1B minimum wage of $ 60,000 was fixed in 1989 and has since remained unchanged.

Such protectionist stance by the US could also spell more trouble for IT firms that are already facing strong headwinds from currency fluctuation and cautious client spending.

When asked about her meeting with a EU delegation on Monday, Sitharaman said the proposed free trade agreement and the Bilateral Investment Treaty (BIT) came up for discussion.

“They did ask me about our position on FTA and BIT...We stated our position. Clearly two years ago, the discussions have started on the BIT...last one year we repeatedly being saying that from April 1. So we voiced all this back again to the EU delegation," she added.

On the FTA, she said no timeline was fixed for the next round of negotiations but "I did say that the sooner we start".

"We are open minded and we need to have the dialogue moving forward and we are waiting for the dates. We reminded that talks are necessary. Now the talks have to be resumed. There is no point in meet just to take stalk of where we are," the minister added.

Launched in June 2007, BTIA negotiations have seen many hurdles with both sides having major differences on crucial issues like intellectual property rights, duty cuts in automobile as well as spirits and a liberal visa regime.