Existing units stay operational; those approved may not be notified, land could be used for other purposes

Plagued by a series of controversies and scams, it seems, the government is finally planning to do away with the Special Economic Zone (SEZ) programme it had launched in 2006 with much fanfare. 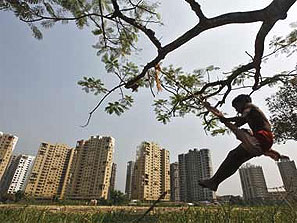 While the existing SEZs will continue to remain operational, those approved might not be notified and developers be allowed to utilise the land for other purposes.

The commerce ministry has asked the Export Promotion Council for EoUs and SEZs (EPCES) to commission a study to Icrier to find if SEZs have met the economic objectives for which the programme was rolled out. It has been given six months for the study.

Ministry officials told Business Standard this had been done to end the turf war between the commerce and finance ministries, as the latter believed some numbers given out by the former on exports, investments and jobs in SEZs were exaggerated.

“There has always been some tension between the two ministries over the success of SEZs. So, we are doing a study by a neutral organisation on whether it has been able to measure up to its objectives. Else, we see no point in continuing with this scheme and giving them tax subsidies,” said a senior commerce department official.

The objective of the study was to find if the economic goals had been met, said P C Nambiar, director of the Pune-based Serum Biopharma Park (the country’s first biotech SEZ), and the chairman of EPCES. “The finance ministry feels those have not been met,” he said.

It was the Minimum Alternate Tax, imposed on both developers and units from 2011-12 onwards, that took away the interest of companies in SEZs. Additionally, a dividend distribution tax (DDT) was imposed on developers.

However, existing SEZs were reported to be doing quite well. This raised the finance ministry’s apprehensions. According to the latest data, exports from SEZs rose almost 30 per cent to $88 billion in 2012-13, from $68 billion the previous year. These were up 17 per cent in 2011-12, compared with $58 billion a year before. These are quite impressive numbers, given that the country’s total exports fell 1.76 per cent to $300.6 billion in 2012-13. It means exports from SEZs accounted for 29 per cent of total exports in 2012-13.

The government has so far formally approved 577 SEZs, of which 389 are notified. At present, 170 operate across India.

The Parliamentary standing committees on both commerce and finance have been opposing the policy. It has often been said that SEZs have led to large-scale realty scams, offering developers the opportunity to make quick money while enjoying tax exemption.