India jumped 14 places to the 63rd position on the World Bank's ease of doing business ranking released on Thursday, riding high on the government's flagship 'Make in India' scheme and other reforms attracting foreign investment. 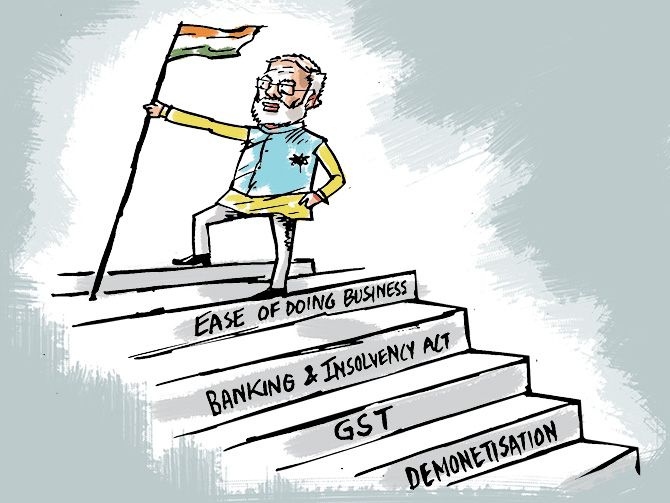 The country also figured among the top 10 performers on the list for the third time in a row.

The rankings come at a time when the Reserve Bank of India, World Bank, International Monetary Fund and various rating agencies have slashed the country's growth forecasts amid a slowdown in the global economy.

It was 130th in 2017 when it was ranked lower than Iran and Uganda. Last year, the country jumped 23 places to the 77th position on the back of reforms related to insolvency, taxation and other areas.

In its 'Doing Business' 2020 report, the World Bank commended the reform efforts undertaken by the country "given the size of India's economy".

"This is the third year in a row that India makes to top 10 in Doing Business, which is a success which very few countries have done over the 20 years of the project, Without exception, the other countries that have done this are very small, population-wise, and homogeneous," Simeon Djankov, Director of Development Economics at the World bank told PTI in an interview.

"India is the first country of its type to achieve that. It has jumped this year by 14 position," he said.

The government turned to the Doing Business indicators to show investors India's commitment to reform and to demonstrate tangible progress. In 2015, the government's goal was to join the 50 top economies on the ease of doing business ranking by 2020.

While the competition to move up the ladder would increase and become much tougher, India is on track to be within top 50 of the Ease of Doing business in the next year or two, Djankov told PTI in response to a question.

And to come under 25 or below 50, the Modi government needs to announce and start implementing next set of ambitious reforms now, as these reforms takes a few years to be realised on the ground, he said.

"The administration's reform efforts targeted all of the areas measured by Doing Business, with a focus on paying taxes, trading across borders, and resolving insolvency. The country has made a substantial leap upward, raising its ease of doing business ranking from 130 in Doing Business 2016 to 63 in Doing Business 2020,” the report said.

One of the main reasons for improvement in India's ranking this year goes to the successful implementation of the Insolvency And Bankruptcy Code, the World Bank official said.

"Before the implementation of the reform, it was very burdensome for secured creditors to seize companies in default of their loans," the report said.

"Since its implementation, more than 2,000 companies have used the new law. Of these, about 470 have commenced liquidation and more than 120 have approved reorganization plans, with the remaining cases still pending," it added.

In the past, foreclosure was the most common procedure reported by legal practitioners in both Delhi and Mumbai under the case study assumptions measured by the resolving insolvency indicator set, with an approximate duration of 4.3 years, the report said.

"Reorganisation has become the most likely procedure for viable companies as measured by Doing Business, increasing the overall recovery rate from 27 to 72 cents on the dollar," the bank said.

In addition to resolving insolvency, significant improvements were registered in starting business, dealing with construction permits and trading across borders, the report said.

"India made starting a business easier by abolishing filing fees for the SPICe  (Simplified Proforma for Incorporating a Company Electronically) company incorporation form, electronic memorandum of association, and articles of association," it said.

Big leap for India in ease of doing business 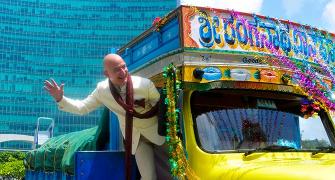 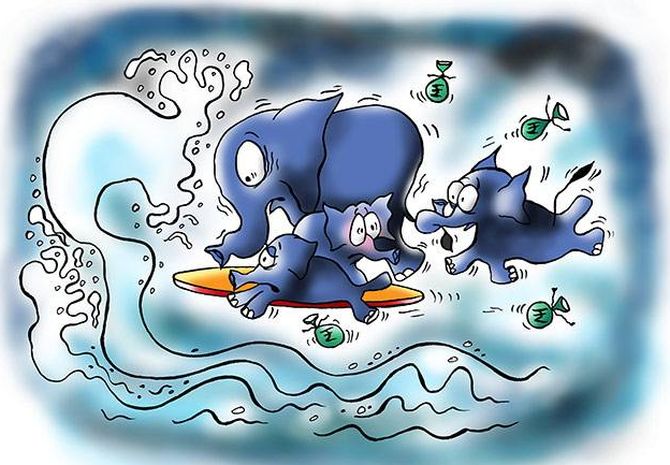