With effect from the close of trading on May 26, India will become weightier on the MSCI Emerging Markets Index, one of the most widely used benchmarks for institutional and retail funds worldwide.

This will follow Israel's exit from the Index and entry into the MSCI World Index, comprising developed markets. 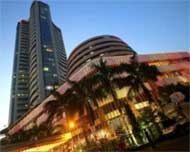 Leading index builder MSCI Barra is not replacing Israel with another country, but will redistribute its weight among the other 21 countries on the EM Index, including India.

Three Indian companies will be added to the EM Index: Rural Electrification Corp, Adani Enterprises, and Piramal Healthcare (unless its deal with Abbott Labs is finalised before May 27), taking the number of Indian securities to 63.

India will see an uptick in its weight on the Index, although slight, going to 7.9 per cent from 7.7 per cent. China, the dominant presence on the EM Index, will see its weight go up nearly a per cent, from 17.4 per cent to 18.3 per cent.

Shiva Ganapathy, co-founder and managing director of Marco Polo Asset Management, a New York-based global investment management firm, believes "there is a case for India to go higher, its share in the Index is not reflective of fundamentals."

These fundamentals include India's share in Asia's growth, percentage of Asia's gross domestic product and market capitalisation among Asian markets.

However, Frank Nielsen, executive director and head of applied research at MSCI Barra, says country weights in the MSCI Emerging Markets Index are not directly linked to the economic importance of a country or its GDP.

Nielsen explains, "Our indices are weighted by free float. India has significant foreign ownership limits that will keep down its free float and therefore weight." MSCI also calculates GDP weighted indices that show a higher weight for India, which will also go up to 8.7 per cent from 7.7 per cent.

Nor is India's status under MSCI's classification expected to change soon.

Last June, when MSCI announced the upgrade of Israel following its Market Classification Review, it also placed South Korea and Taiwan on a watch list of countries it would consider for a potential upgrade to the Developed Markets category in the future.

But, India did not make it to the watch list. "India was very clearly in the Emerging Markets segment when we did the market classification review last year," says Nielsen. He cites a number of criteria that distinguish India from the Developed Markets category, chief among these being the limitations on foreign ownership. These constraints affect nearly 60 per cent of the Indian equity market, he notes.

Some of the other concerns about India cited in MSCI's review last year include limits on rights of foreign investors, absence of an offshore currency market and constraints on the onshore currency market, and anti-competitive measures or practices that partially restrict the use of stock market data.

MSCI's next Annual Market Classification Review will be released in June. As of now, there seems little likelihood of India being upgraded from the EM Index or placed on the watch list for a future upgrade, since there have been no dramatic changes with regard to the concerns listed by the index builder last year.

The immediate upshot of the change on May 27 could be an automatic increase in inflows to India, thanks to funds that track the MSCI EM Index.

Given the marginal increase in weight for India, Marco Polo's Ganapathy does not expect the rise in inflows to be significant. But, he points to the good buzz for the near term caused by the recent third generation (3G) telecom spectrum auction and a renewal of deal flow, combined with the growth in risk appetite over the past few weeks.

And, concludes that as a result of the Index rebalancing, "If you're a fund manager and you have to buy more Indian securities, you are lucky that you have to do it now, as stocks are on sale." 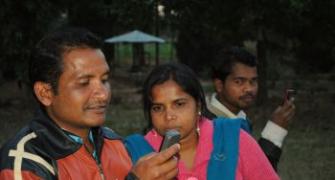 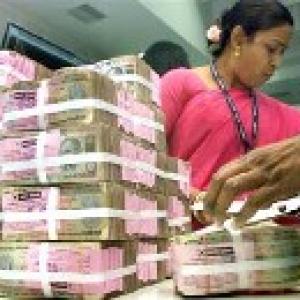 How to bring fiscal discipline