Prime Minister Manmohan Singh will hold comprehensive talks, including on India-European Union FTA with German Chancellor Angela Merkel during his visit to Berlin from Wednesday with India hoping for a "strong political thrust" from Germany for early inking of the pact. 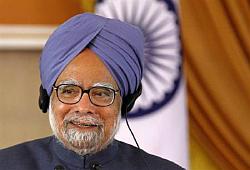 Singh will also clarify to the German leader the large number of steps and reforms process taken up by India to improve investment in the country, Foreign Secretary Ranjan Mathai said.

"The negotiations have reached an advanced stage and in fact there will another round of negotiations on April 15 when it will be taken forward. We will certainly be discussing the matter with the German side. We expect a strong political thrust from Germany for an early conclusion of the agreement," the Foreign Secretary said while briefing the reporters on the three-day Prime Ministerial visit.

He said issue of taxes on automobiles were also being discussed at Brussels between the negotiators of the two countries.

Mathai said the Prime Minister, who will be co-chairing the second round of Inter Governmental Consultations with the German Chancellor, will utilise this opportunity to "clarify the steps taken by India to improve the investment climate in our country. And that the reforms process is on track."

He said that the two sides will also be entering into some bilateral pacts and the areas include education, green energy and science and technology.

Singh will be accompanied by a high-level

"Yes, the G-4 proposal will be discussed," he said, adding ways to take forward the proposal are also expected to be taken up.

The G-4 proposal focuses on two aspects of Security Council reform, which are expansion in membership in both categories, permanent and non-permanent, and that the working methods of the 15-member Council should be improved.

Apart from trade and investment, other key bilateral, regional and international issues including Afghanistan situation will also be discussed in view of the drawdawn of combat forces from the war-torn country.

In the evening, the Prime Minister will bring the "Days of India in Germany" to an end at a cultural event being organised to mark this occasion.

India and Germany have been celebrating the 60th anniversary of establishment of diplomatic relations between the two countries. Various events under the Days of India in Germany were held from May 2012 to March 2013, under the four themes - Connecting Minds, Connecting Capabilities, Connecting Ideas and Connecting Cultures.

On April 12, the Prime Minister will call on the President of Germany.
Source: PTI© Copyright 2021 PTI. All rights reserved. Republication or redistribution of PTI content, including by framing or similar means, is expressly prohibited without the prior written consent.
Related News: Germany, India, Ranjan Mathai, G-4, Science and Technology and Earth Sciences
SHARE THIS STORY
Print this article
Jaya seeks PM's help to free TN fishermen held by SL Navy 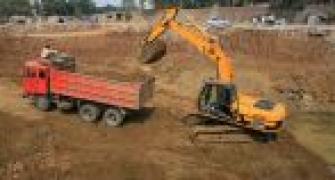 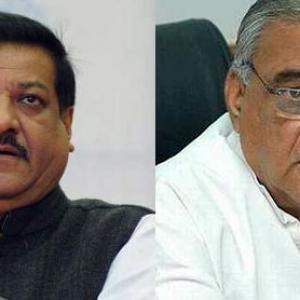