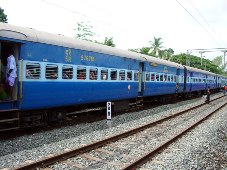 Even Ogilvy & Mather's India chief Piyush Pandey, the veteran of many iconic campaigns, including Vodafone's Zoozoo and Fevicol, felt a little caught out when the Indian Railways got in touch with him sometime in the middle of September.

The demand was straightforward: to produce the first ever television commercial for the Indian Railways for broadcasting during the 2010 Commonwealth Games.

The only problem, however, was that commercials had to be ideated, executed and delivered in just over two weeks. And all of this for less than Rs 2 crore (Rs 20 million).

But as it appears, the commercial has made the best of all constraints, to become one of the most watched on YouTube.

Quite a number -- Idea's Walk When You Talk TVC, which is about a year-old has 34,354 views while the first 3G commercial from Tata DoCoMo got 1,500 views over the past two days.

"The brief was very simple. The Indian Railways is the nerve centre of the country; it is part of the Commonwealth Games; and it touches everyone in the country," says Pandey.

"It is possibly the biggest brand. It employs more people than any other organisation, and generates so many transactions," Pandey explains.

The Indian Railways, after all, is among the largest such networks in the world with over 64,015 route km, a daily ridership of 18 million passengers on 17,000 trains and more than a million employees on its rolls. But it had never aired a commercial of its own.

Railway officials wanted to emphasise on the human aspect of the organisation. Luckily for them, Ogilvy already had an idea waiting.

Sukesh Nayak and Heeral Akhaury of the agency had come up with the concept while working on another brief.

"But that was meant for another, much smaller project. Thank god that project never happened. Every idea has its destiny," adds Pandey.

And destiny meant that Pandey would have to put together a human train of 50-odd people chugging around the backstreets and old buildings of Kolkata to the tune of Ashok Kumar's popular yesteryear number -- Rail Gaadi.

The advertisement reflects the joy of the journey, one that brings a country together, represented by the human-train travelling through diverse settings within a neighbourhood.

At the end of the reel, the Hindi TVC's catch line reads Desh Ka Mel -- Bhartiya Rail, while that of the English version says: "Magic of India -- Indian Railways".

For Santosh Padhi, chief creative officer and co-founder of TapRoot India, the commercial focuses on the strengths of an organisation that is often at the receiving end of public perceptions.

"The advertisement has used a simple device that connects with people. Somehow, it makes you feel good about the Railways,

and you forget about the negative part of it," explains Padhi.

But did the Indian Railways require such a TVC, considering it is effectively a monopoly within the country, and most of those who use the service will continue to do so regardless?

"It is important for government agencies, and public sector undertakings to be doing such advertisements as their public impression is very, very low," says advertising industry veteran Alyque Padamsee.

The Railways, though, had very little time in which to complete the entire project.

Yet, it is the quality of the result that makes this TVC stand out amongst a number of other deadening commercials, mostly of other public-sector undertakings (PSU), aired during the CWG broadcasts.

"As the lead partner for the CWG, we were given about Rs 15 crore worth of free airtime, which we decided to utilise. But since the games itself had run into rough weather, we were waiting for things to shape up. At the end of August, the CWG told us to hand over the advertisements at the earliest, and that is when we got to work," says a Railway official.

The Indian Railways, subsequently, started the process of ideating and getting approvals. Eventually, the official added, they were only left with the last 10 days of September to actually produce the commercial.

"The project was executed on a single tender, as we had so little time, and we decided to give it to the best guys in the industry," the official explains, adding that the TVC cost under Rs 2 crore (Rs 20 million).

"We were called in pretty late in the day, but we jumped at it because the Railways' is a huge brand. This ad is about the fun of the Railways because everyone has done this (human train) at some point.

"It is about the joy of the Railways which connects India," explains Sneha Iype of Nirvana Films, the production house which executed the film which was shot in Kolkata over just two days.

But Railway officials are unsure whether this set of commercials will evolve into a full-fledged campaign across mediums. After all, the entity is a PSU.

"I believe everything you start is a one-off," he said, referring to the beginnings of the award-winning Fevicol campaign 'The Rail advertisement can be a trendsetter for PSUs. It shows that the receiver matters more than the giver.'

Without doubt, the impish human-train commercial is a consummate first for the Indian Railways, but could it force other state-owned firms to revisit their human side? 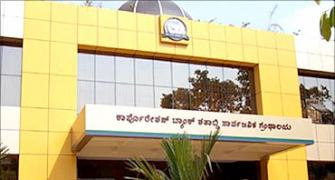 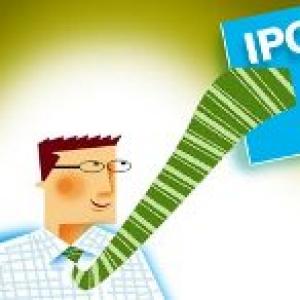 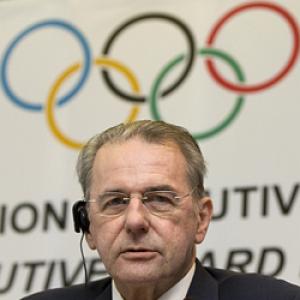 Rogge visit to give late lift for CWG organisers