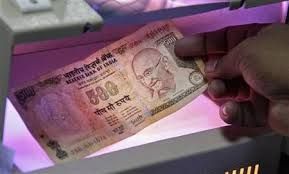 Continued its slide for the third straight session, the Indian rupee today fell 5 paise to end at 61.92 against the Greenback following sustained demand for the American currency from importers and a better dollar in overseas trades.

Widening fiscal deficit, which rose to Rs 5.68 lakh crore in April-January period, breaching the budget estimate by 107 per cent along with sluggish core data added some pressure on the Indian rupee, said forex brokers.

At the Interbank Foreign Exchange (Forex) market, the rupee commenced modestly lower at 61.89 a dollar from its previous close of 61.87.

It moved down further to a low of 61.94 owing to initial volatility in domestic equities.

However, the rupee rebounded smartly to touch an intra-day high of 61.79 on the back of fresh dollar selling by exporters and participants. It concluded at 61.92 per dollar, disclosing a loss of 5 paise, or 0.08 per cent. Foreign Portfolio Investors (FPIs) bought shares worth a net Rs 424.79 crore yesterday, as per provisional data.

The strong rallying momentum in bourses lifted the benchmark Sensex by 135 points to finish at 29,593.73 while the Nifty index ended at a new closing peak of 8,996.25 after briefly crossing 9,000 for the first time in its history.

Benchmark brent crude rebounded to trade above the USD 60 a barrel after a brief overnight sharp slide tracking a drop in US rig counts, forex analysts said.

The dollar index (DXY), which measures the Greenback against a basket of six major currencies, was up 0.07 per cent after climbing 95.51 - its highest level since September 2003.

Source: PTI© Copyright 2021 PTI. All rights reserved. Republication or redistribution of PTI content, including by framing or similar means, is expressly prohibited without the prior written consent.
Related News: US, BSE
SHARE THIS STORY
Print this article 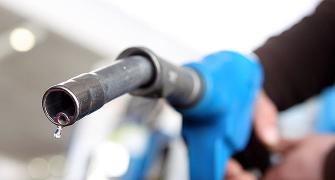 Rupee weakens 4 paise against US dollar