5-day winning streak for Re; up 6 paise against dollar 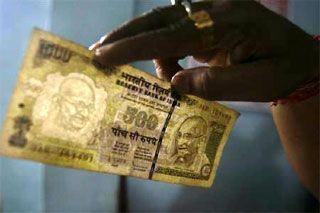 The rupee on Wednesday ended six paise higher at 61.63 against the dollar to extend gains for the fifth straight day on sustained selling of the US currency by banks and exporters in view of strong capital inflows.

Forex traders said strong equity markets mainly supported the rupee sentiment as the benchmark BSE Sensex rose further by 104.19 points or 0.36 per cent to an all-time closing high of 28,888.86 points Banks and exporters preferred to sell dollars on hopes of further foreign capital inflows into equity markets, they added.

The rupee was trading lower in initially at the Interbank Foreign Exchange (Forex) Market.

However, it recovered fast to 61.55 per dollar before ending at 61.63 per dollar, showing a gain of six paise from its last close.

The local currency in the last last five trading days has gained by 55 paise or 0.88 per cent.

The dollar index was down by 0.27 pct against a basket of six major global rivals.

In New York, monetary-policy expectations were the dominant drivers of the foreign-exchange market yesterday, as traders sold euros, yen and Canadian dollars and bought the greenback ahead of central-bank meetings in Canada, Japan and Europe later in the week.

Pramit Brahmbhatt, Veracity Group CEO, said FIIs continued to pour money into the market and some banks were also seen selling dollars in the market which helped rupee to trade strong against the dollar. Rupee rises to over 1-month high, up 19 paise 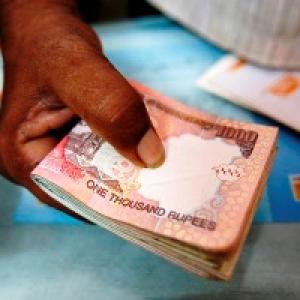 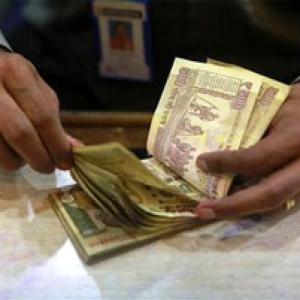 Rupee rises to over 2-month high, up 16 paise