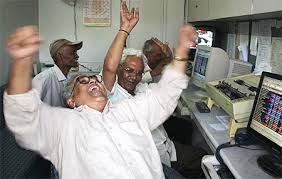 Benchmark share indices ended at record closing highs and the Sensex ended above 27,000 for the first time after the country's balance of payments remained in surplus for the third straight quarter during April-June 2014.

India’s current account deficit for this financial year’s first quarter, April to June, narrowed sharply to 1.7 per cent of gross domestic product ($7.8 billion) from 4.8 per cent of GDP ($21.8 bn) in the corresponding period of 2013-14.

Further, India's balance-of-payments remained in surplus for the third straight at $11.2 billion for Apr-June 2014.

The Indian rupee was trading lower at $60.67 against the previous close of $60.52 shrugging off gains in the domestic stock markets in which both the benchmark indices hit fresh record highs.

European were trading with gains in early trades on Tuesday, tracking gains in China and Japan, ahead of key economic data in the euro zone. The CAC-40, DAX and FTSE-100 were up 0.2-0.9% each.

The BSE Healthcare index was the top gainer up 1.8% followed by Consumer Durables, Oil and Gas, Bankex and FMCG among others.

Cipla was the top Sensex gainer which surged 5%, after hitting a record high of Rs 575, after the pharmaceutical firm launched an anti-asthma inhaler in Germany and Sweden that is a generic version of GlaxoSmithKline Plc's Advair.

It's peer Sun Pharma was up 2.6% while Dr Reddy's Labs was trading with marginal gains.

Other Sensex gainers index heavyweights ITC and Reliance Ind ended up 1-1.3% each.

Among other shares, cement makers were in demand on expectation of improvement in demand along with an increase in prices once monsoon season ends.

Punj Lloyd ended locked in 5% upper circuit at Rs 39.70 on reports that the company is planning to sell its stake in Gurgaon-based multi specialty hospital Medanta Medicity Hospitals to cut its debt.

GMR Infrastructure gained 3.5% to end at Rs 26.65 after the firm signed a memorandum of understanding (MoU) with Japanese Bank for international cooperation (JBIC) for financial assistance.

Vikas GlobalOne surged 20% to end at Rs 36.90, after the company announced that the board is considering issue of bonus shares to existing shareholders.

In the broader market, the BSE Mid-cap index gained 0.8% and the Small-cap index ended up 0.9%.

Market breadth was strong with 1,742 gainers and 1,246 losers on the BSE.
Tulemino Antao in Mumbai
Source: 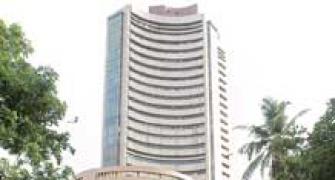 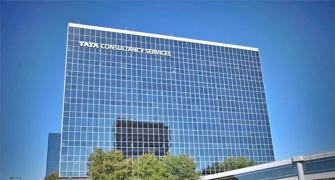 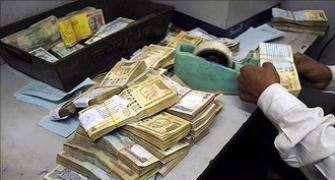 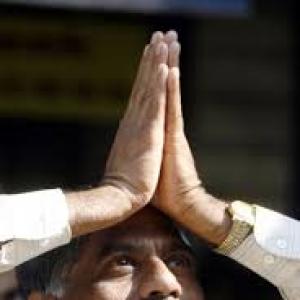 Markets at lifetime high; Nifty above 8K for first time 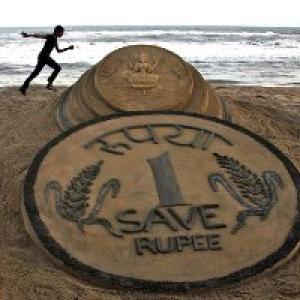