Sensex logs worst drop in a month on profit-booking 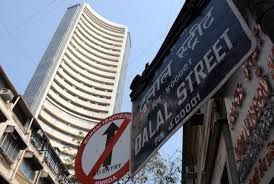 Markets retreated for the second straight day from record highs on concerns that foreign funds may start trimming their exposure to emerging markets if the US Federal Reserve hikes interest rates sooner-than-expected. Further, the weak rupee also weighed on market sentiment.

Market breadth ended strong with 1,739 advances and 1,278 declines on the BSE.

The Indian rupee was trading lower at Rs 60.9 against the US dollar compared to the previous close of Rs 60.60.

The rupee weakened to its lowest in nearly a month on Wednesday tracking falls in emerging markets due to worries the US Federal Reserve would raise interest rates earlier than expected, although exporters' dollar sales capped broader falls.

On the sectoral front, Consumer Durables was the biggest loser down 1.6% followed by FMCG, Capital Goods, IT and Oil and Gas indices which lost between 1-1.5%. Bankex ended marginally lower.

However, Realty and Power indices ended in the positive territory up between 0.1-0.7%.

Shares of IT majors ended down on profit taking while Tuesday's losses in technology shares on the Nasdaq also dampened sentiment.

Oil and Gas stocks which gained in the recent trading sessions on decline in crude oil prices ended lower today.

on media reports that the government may ban the sale of loose cigarettes among other measures. On similar lines, shares of other cigarette companies including Godfrey Phillips India and VST Industries also ended lower.

Among the Auto shares, Hero Motocorp, M&M and Tata Motors finished lower between 0.5-2% whereas Maruti Suzuki inched down.

Shares of SUV maker M&M were under pressure today after Kotak Institutional Equities downgraded the stock.

Shares of Coal India ended lower by 2%. Centre wants Coal India to take over active mines if all blocks are cancelled or firms be allowed to continue production until these are re-auctioned.

In the Capital Goods space, L&T and BHEL dipped over 1%.

On the flip side, power and metal shares which were trading lower in the previous trading session have rebounded today.

The Supreme Court on Tuesday reserved its final order on whether 218 illegal coal block allocations should be de allocated. Tata Power, Sesa Sterlite and Tata Steel gained between 0.5-2% while Hindalco ended with marginal gains.

Bharti Airtel, Baja Auto and Cipla were some of the prominent names in green.

Shares of Lanco Infratech closed higher by 8% at Rs 8.76 on reports that the company plans to sell some of its power assets with a view to reduce its debt burden.

Shares of companies engaged in shipbuilding business rallied by up to 13% on reports that the government is said to be looking at several options to boost ship building in the country.

ABG Shipyard rallied 13% to Rs 257 on back of heavy volumes and Bharati Shipyard was locked in upper circuit of 10% at Rs 39 on NSE with no sellers on the counter.
Indrani Mazumdar in Mumbai
Source: 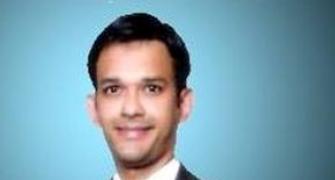 From finding love, to being taken by spies: Case of missing Indian in Pakistan 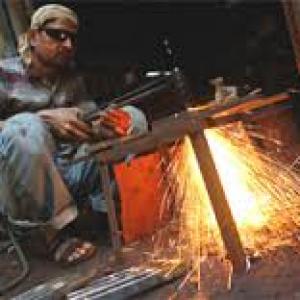 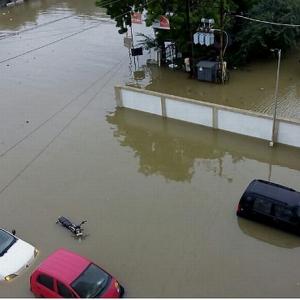 Photos: More flooding, but this is Vadodara, not Kashmir