Benchmark share indices ended flat amid lack of investor participation even as gains in IT majors ahead of their second quarter earnings helped capped downside. 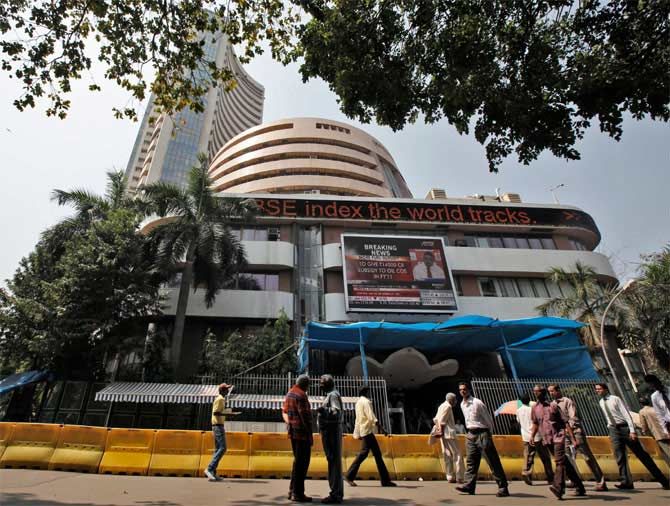 "Weaker than expected US jobs figures lent a positive bias at open, but investors looked to play it slow with the CPI and IIP numbers scheduled in the latter half of the week. The earnings season also gets active after the two day holidays and the expectations are at best modest. With so much to look ahead, few stocks made substantial moves, even though market breadth was positive. Meanwhile, potential for banks’ full transmission of RBI’s rate cut has kept investors reasonably optimistic about growth." says Anand James, Chief Market Strategist, Geojit BNP Paribas Financial Services.

Foreign institutional investors were net buyers in equities worth Rs 56 crore on Friday, as per provisional stock exchange data.

IT exporters emerged as the top gainers ahead of their earnings with Infosys scheduled to announce its second quarter earnings on Friday, October 14, 2016. Infosys ended up 1.7%, TCS gained 0.5% and Wipro ended flat.

ITC ended up 0.5%. Reports suggest that the FMCG major will sell its entire stake in US-based wholly owned subsidiary 'King Maker Marketing' for US $24 million (about Rs 160 crore).

Metal shares witnessed activity on hopes of demand revival from China, the world's largest consumer. The NSE Metal index touched a 52-week high of 2,722.60 in intra-day trade, surpassing its previous high of 2685.15 touched on September 8, 2016. National Aluminium, Vedanta, JSW Steel, Hindalco and SAIL ended up 1%-6% each.

Among other shares, JSW Steel ended nearly 2% higher after the company announced that the board will meet on October 27, 2016 to consider stock split from face value of Rs 10 each to lower denomination.

Steel Strips Wheels gained 7% after the company said it has bagged an export order for supply of Caravan Steel wheels for EU Trailer market.

Sunil Hitech Engineers zoomed 19% after the company announced that the board will meet on Tuesday, October 11, 2016, to consider issue of bonus shares to existing shareholders.