In the broader market, the S&P BSE Midcap ended 0.1% down, while the S&P BSE Smallcap index gained 0.3%. 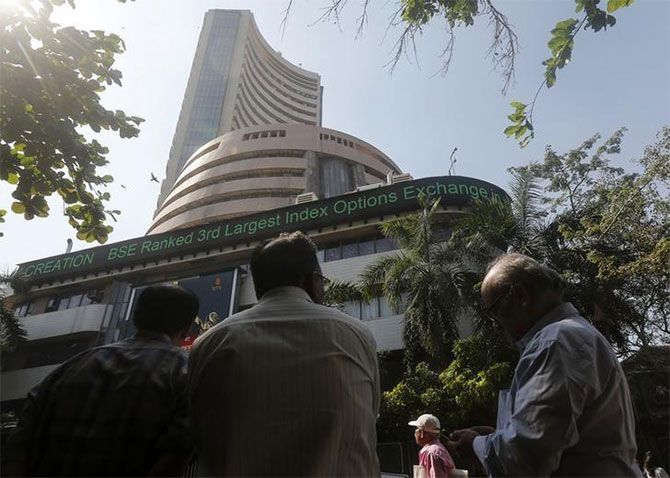 The benchmark indices on Friday settled higher thanks to gains in banking stocks following news reports that the Finance Minister Arun Jaitley has promised to offer a solution to the growing non performing assets (NPA) crisis in next few days.

The S&P BSE Sensex ended at 29,421, up 89 points, while the broader Nifty50 settled at 9,108, up 22 points. Both the indices logged their first weekly loss in March, retreating from a record high hit last week.

In the broader market, the S&P BSE Midcap ended 0.1% down, while the S&P BSE Smallcap index gained 0.3%.

The market breadth, indicating the overall health of the market, turned negative. On the BSE, 1,471 shares declined and 1,346 shares advanced. A total of 218 shares were unchanged.

Among individual stocks, Bank of Baroda, ICICI Bank and SBI were the top movers on Nifty.

YES Bank closed 1% higher at Rs 1,532 after the private sector lender announced that its qualified institutional placement (QIP) offer has opened on Thursday.

NHPC rose 2% after the company said it signed power purchase agreements with Tata Power-Delhi Distribution on 22 March 2017 for seven power stations, namely Bairasiul, Salal, Tanakpur, Chamera-I, Uri-I, Sewa-II and Chamera-III for a period of 35 years from the date of commercial operations (COD) of the respective power stations.

Skipper rallied 8% after the company said that it has secured contracts worth around Rs 405 crore for supply of transmission towers to the projects of Power Grid Corporation of India, Transmissions Corporation of Telengana and Power Transmission Corporation of Uttrakhand. The announcement was made during market hours today, 24 March 2017.

In Asia, Australia bounced back from a tough few days to be up 0.8%, while MSCI's broadest index of Asia-Pacific shares outside Japan was all but flat. Japan's Nikkei added 0.8% encouraged by a slight softening in the yen. China's Shanghai Composite gained 0.6%, while Hong Kong's Hang Seng added 0.1%.