Markets ended marginally higher, amid a choppy trading session, helped by a rebound in late trades led by HDFC and HDFC Bank in addition to gains in defensive FMCG and pharma shares.

However, shares of metal companies witnessed profit taking after China, the world's largest consumer of metals, lowered its economic growth forecast for the current year.

However, BSE IT, Metal, Capital Goods indices lost sheen on the BSE and were down up to 1%. Capital goods stocks witnessed profit-booking after gains in the previous sessions.

Larsen & Toubro and BHEL down 1% and 0.5% each. Meanwhile, foreign portfolio investors were net buyers in equities worth Rs 2,786 crore on Wednesday as per provisional stock exchange data.

Traders remained cautious ahead of the US job data due tomorrow.

The markets are closed on Friday for Holi, followed by the regular weekend holidays.

"The technical charts are suggesting that Nifty can see more downside in coming days to the range of 8800-8770 levels. This is also the 20-day moving average (20DMA) on the daily chart. As far as the strategy is concerned, an upside movement should be considered as selling opportunity for the downside target of 8,800 levels” said Mudit Goyal, Equity Technical Analyst,

Points out Vinod Nair, head-fundamental research, Geojit BNP Paribas Financial Services: "As the market has moved high we are seeing sectoral shift towards defensive sectors like Pharma and FMCG.

We believe this is a short-term direction, till the time action is taken for post budget measures (important bills in budget session).

Having said that confidence continues to be good with increasing momentum in Mid-and Small-Caps."

The rupee edged up by a paise to Rs 62.24 against the American unit on mild selling of dollars by banks and exporters.

The Reserve Bank of India will soon put in circulation currency notes in one rupee denomination. The notes will be printed by the Government of India,” Reserve Bank said in a statement today.

Anil Ambani’s Reliance Defence Systems, along with Reliance Infrastructure, acquired Pipavav Defence, a private shipyard based in Pipavav in Gujarat, in an all-cash deal.

As per the deal Reliance Infrastructure will acquire 18% stake from promoters of Pipavav Defence at Rs 63 per share and also make an open offer for addditional 26% stake at Rs 66 per share.

Pipavav Defence is down 10% as the proceeds from the deal would go to the promoters and not the company while Reliance Infrastructure was up over 3%.

IT majors such as Infosys and TCS were down up to 2% as investors remained cautious ahead of the US jobs data. However, Wipro was up 1%.

These companies generate most of their revenues from exports to the US. FMCG major ITC which witnessed selling pressure in the previous sessions ended 0.7% higher while its peer Hindustan Unilever ended up 2%.

Sun Pharma extended gains and was up 3.6% after the company announced that it has reached an agreement with GSK Pharma to acquire the latter's Opiates business in Australia.

Cipla's Joint Venture partner, Stempeutics Research, has announced that the United States Patent and Trademarks Office (USPTO) has granted a US process patent for its novel stem-cell based drug Stempeucel that will be used for the treatment of Critical Limb Ischemia (CLI), a progressive form of peripheral arterial disease, which blocks the arteries in the lower extremities, resulting into reduction of the blood flow. The stock was up 2%. Dr Reddys Lab gained 1%.

Axis Bank has priced a $250 million bond issue via a tap of its existing 3.2 per cent senior unsecured notes due 2020.

The notes, issued in Reg-S format will be fungible with the existing 2020 maturity paper.Meanwhile, HDFC group shares ended higher up to 2% on renewed buying interest.

Shares of metal companies declined after China, the world's largest consumer of metals, lowered its economic growth forecast for the current year.

This is the highest production from Mumbai Offshore during the last five years. In the broader market, both BSE Midcap and Smallcap indices ended higher between 0.6-0.8%.

Market breadth ended marginally weak on the BSE with 1,454 declines versus 1,405 advances. 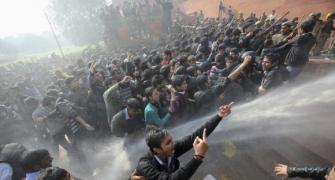 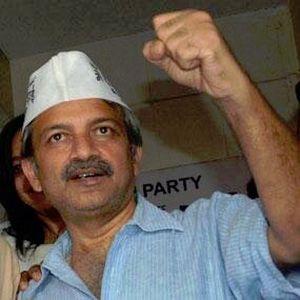