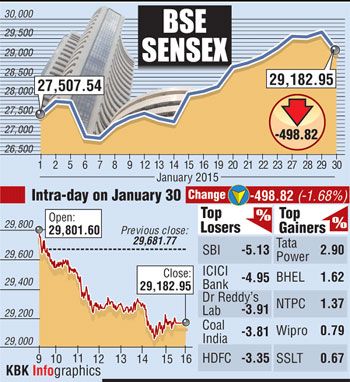 Markets have closed the session on a lower note with Nifty breaking ten-day winning streak as investors turned cautious and booked profits at higher levels. Also, lower than expected corporate earnings posted by blue chip companies such as Dr Reddy’s Lab, ICICI Bank and HDFC Bank have also weighed on the bourses.

However, BSE Midcap and Smallcap indices fell between 0.3-0.4%. Market breadth on the BSE ended weak with 1,257 advances against 1,603 declines.

At 15:30 AM, the partially convertible rupee was stronger at 61.97 versus Thursday's close of 61.86/87 per dollar, as most of the Asian currencies rise against dollar. Month-end dollar demand from importers to keep the rise limited, traders.

The Shanghai Composite Index lost 1%, set for a fourth consecutive day of declines, as this week's investigations into stock margin trading made investors wary.

Japan's Nikkei stock average added about 0.4%, clawing back some of the 1.1% lost the previous session, its biggest one-day drop in two weeks.

BSE Bankex plunged by over 3% followed by counters like Consumer Durables, Metal, Capital Goods, FMCG, Healthcare and Oil & Gas, all dropping by 1% each. However, Realty, IT and Power sectors ended in positive zone.

Financial shares witnessed selling pressure on the back of PSU banking major Bank of Baroda's disappointing third quarter earnings. SBI and PNB were down 4-5% each. Bank of Baroda slumped over 11% after reporting a sharp 68% year on year (yoy) drop in net profit at Rs 334 crore for the third quarter ended December 31, 2014 (Q3), due to higher provisions for stressed loans and tax provisions.

HDFC was down nearly 3% post its earnings. The mortgage lender posted a 12% rise in net profit for the third quarter of FY15 at Rs 1,425 crore on the back of higher loan growth.

Dr Reddys Lab declined 4% after reporting a 7.1% decline in consolidated net profit to Rs 574.5 crore for the quarter ended December on the back of higher operational costs an d subdued revenue growth particularly in the most profitable US market.

Bharti Airtel slipped by over 1%. Airtel M Commerce Services Ltd (AMSL), a wholly owned subsidiary of the country’s largest telecom service provider Bharti Airtel, said on Thursday that it would apply to the Reserve Bank of India (RBI) for a licence and Kotak Mahindra Bank will acquire 19.90 per cent stake in it.

NTPC gained by over 1%. The company has restricted the building of three new solar power projects to domestic manufacturers, even as India pushes for overseas companies to lead fresh investments into a renewable energy drive. Also, the company is due to release its Q3 results later during the day.

BHEL rose over 1%. The company has announced commissioning of 600 MW thermal power project in Odisha.

While there were little concrete announcements, specifics including civil nuclear liability and insurance pool in the defence and nuclear industries, and extension of defence manufacturing collaborations are likely to boost plans for companies such as Larsen & Toubro (L&T) and Tata Power among others. Tata Power was the top Sensex gainer, up almost 4%.

Vedanta Group company, Sesa Sterlite gained 1% after reporting a better-than-expected consolidated net profit of Rs 1,588 crore in the December quarter mainly because of a Rs 393-crore foreign exchange gain and due to lower finance cost.

Shares of real estate companies were in demand on the bourses in otherwise subdued market.

Related News: AM
Print this article 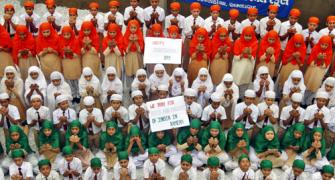 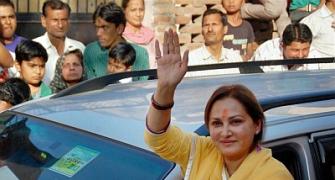 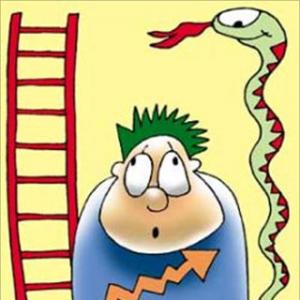