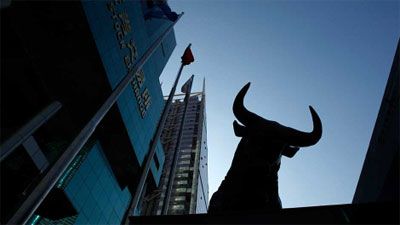 The benchmark indices on Friday settled higher thanks to early rollovers to January series and bargain hunting at lower levels after market witnessed seven straight sessions of losses.

The market breadth, indicating the overall health of the market, remained negative. On the BSE, 1,309 shares fell and 1,249 shares rose. A total of 174 shares were unchanged.

The broader market underperformed the headline indices with BSE Midcap and BSE Smallcap finishing in red.

“The market bounced back in today’s session as rollovers to the January series have happened very early. Normally, 7 million rollovers happen by the second last day of the expiry, but it has already touched 6.9 million by today’s session,” said Kishor Ostwal, CMD, CNI Research.

Cipla was the top Sensex gainer and surged 4%, bouncing back 6.5% from intra-day low, after the pharmaceutical company said its flagship product Sereflo received final approval from UK health regulator.

Among other gainers, Sun Pharmaceutical Industries rose over 2% after the drug maker said on Thursday it had acquired Novartis AG's cancer drug, Odomzo.

Shares of sugar companies rallied up to 15 on back of heavy volumes.

Among individual stocks, Axis Bank, ONGC and ITC lost up to 2% on Sensex.

European shares edged up on Friday, buoyed by the banking sector after Credit Suisse and Deutsche Bank settled mortgage securities fraud suits with the United States, and as Italy's Monte dei Paschi agreed to a bailout.

Asian stocks retreated in subdued trade after Wall Street took a breather from its surge since the US election, while the dollar hovered below the 14-year high set earlier this week.

MSCI's broadest index of Asia-Pacific shares outside Japan fell 0.4% to a five-month low. It was heading for a drop of 1.8% in its second consecutive week of declines.

China's CSI 300 index dropped 0.7%, dragged lower by brokerage and insurance shares, on expectations regulators will tighten supervision over online insurance products. The index was on track to lose 1.1% for the week.

Hong Kong's Hang Seng retreated 0.5%, and was poised for a similar weekly loss.

Japan's Nikkei, closed for a holiday on Friday, edged up 0.1% for the week. The index has posted seven straight weeks of gains, its longest winning streak since early 2013, boosted by the yen's weakness in the face of a surging dollar.

Overnight, US equities posted their first back-to-back daily declines of the month in light trading ahead of the Christmas weekend. US indices fell as much as 0.4% on Thursday.