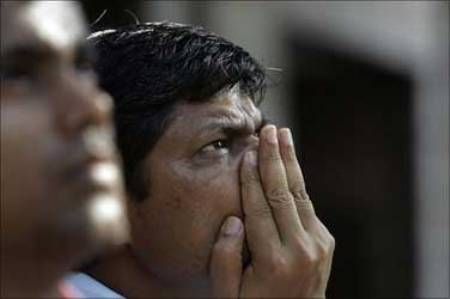 As expected, the ECB slashed its deposit rate deeper into negative territory and extended its asset buys by six months. However, market participants had hoped for a greater stimulus.

Commenting on the current market situation, Amar Ambani, Head of Research, IIFL said, “Nifty has breached below the 7,900 mark indicating that the short term trend has turned negative for a while now.

Immediate support for Nifty is seen around the November lows of 7,710.

However investors may still invest in quality stocks from a medium to long-term perspective.”

In the currency front, the rupee was trading at 66.81 against the US dollar as the prospects of a Fed interest rate hike rekindled expressing confidence in the US economy.

Jaguar Land Rover (JLR) is examining a bid worth millions of pounds to buy Britain's Formula One Grand Prix track. Tata Motors dipped over 1%. NTPC was down 2% on Moody’s reports stating a negative outlook for the Indian power sector on the back of challenges like fuel supply risks, cost overruns at private plants and financially weak discoms.

IT companies, which have significant presence in Chennai, also reeled under selling spell. Wipro, Infosys and TCS were down 0.3-1%. Index heavyweight ITC fell over 2%. T

he government has begun preliminary internal discussions to understand the implication

s of the findings of DeGolyer & MacNaughton's final report on the gas dispute between Reliance Industries (RIL) and Oil and Natural Gas Corporation (ONGC).

Reliance Inds and ONGC were down almost 1%. Shares of Sun Pharmaceutical Industries and Sun Pharma Advanced Research Company (SPARC) rallied by up to 11% after Sun Pharma announced that its subsidiary has received final approval from the US Food and Drug Administration (USFDA) for anti-cancer drug. Coal India may eventually end the ongoing fiscal year with a shortfall of 10 million tonnes (mt) or about two per cent of the marked output. Shares of Coal India gained marginally.

Among other shares, Dabur India dipped 2%, extending its previous day’s 2% fall on the BSE, after the company said that it is expecting its juice sales to dip 10-15% cent in October-December (Q3FY16) quarter due to disruption of supplies from its plant in the Nepal.

Tree House Education & Accessories was locked in upper circuit of 10% at Rs 223, while Zee Learn gained over 3%, after board of these companies has given in-principle approval for exploring consolidation options. Shares of select real estate and infrastructure companies mainly mid-and-small sized rallied by up to 20% on the bourses in an otherwise weak market. 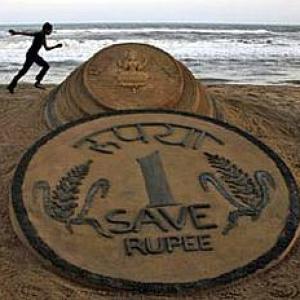