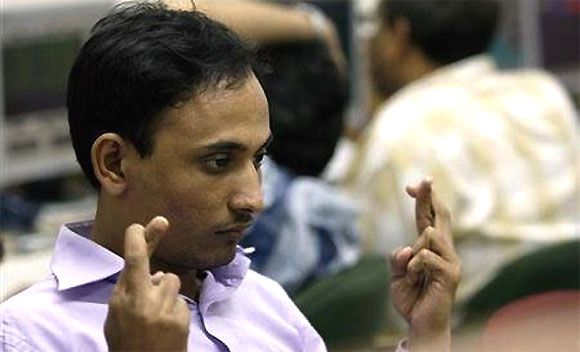 The Sensex ended at a fresh 18-month closing low on caution ahead of third quarter earnings while worries over an uptick in December consumer price inflation data for which will be released later on Tuesday also weighed on sentiment.

"Even IT and pharma sectors are having challenges which could result in volatility.

"However, with budget approaching, banking counters could be kept on radar as some sops for parking funds in banks could see further relaxation as they get ready to increase provisions which could result in dent in bottomline.”

The broader markets ended weak in line with the benchmark indices- BSE Midcap and Smallcap indices slipped between 0.9%-1.05%%.

The market breadth remained dismal with 1,735 shares declining and 941 shares advancing on the BSE.

On macro-economic front, IIP for November 2015 and CPI for December 2015 will be announced today. According to Reuters, consumer inflation probably edged up for the fifth straight month in December, driven by higher food prices.

Besides, foreign portfolio investors sold shares worth a net Rs 1319.24 crore yesterday as per provisional data released by the stock exchanges.

Crude oil fell 3% on Tuesday, heading towards $30 per barrel and levels not seen in over a decade, with analysts scrambling to cut their price forecasts and traders betting on further declines.

Japan's Nikkei fell 2.7% after a market holiday on Monday, closing at its lowest in nearly a year, while US stock mini futures were in the red pointing to a weak start.

However, China stocks closed higher in choppy trade on Tuesday as the central bank tried to stabilise the yuan after allowing it to sharply depreciate in the first week of the year, sowing confusion in global financial markets over its policy direction.

Back home, banking shares reeled under pressure with the Nifty Bank index hitting 52-week low on the NSE. 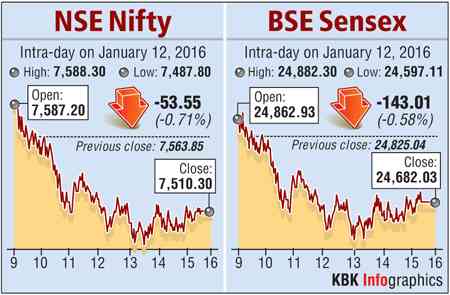 Shares of Tata Consultancy Services dipped 2% to Rs 2,313 on the NSE, its lowest level in 18 months, ahead of October-December results later today.

Shares of Nestle India and Dr Reddy’s Laboratories, fell more than 1% and touched their respective 52-week lows on the BSE.

According to data from the Society of Indian Automobile Manufacturers (Siam), 230,960 units of PVs -- cars, utility vehicles and vans — were sold.

Aviation turbine fuel accounts for nearly 40% of the operating costs for the airlines and lower fuel prices would help improve margins.

Jet Airways, SpiceJet and InterGlobe Aviation gained between 1%-3%. Shares of CMI surged over 18% to Rs 359 after GMO-controlled funds bought more than 10% stake in telecom cables manufacturer for Rs 45 crore through open market transaction. 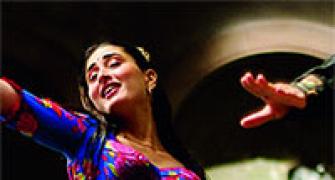 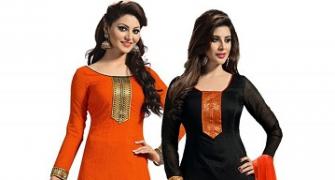 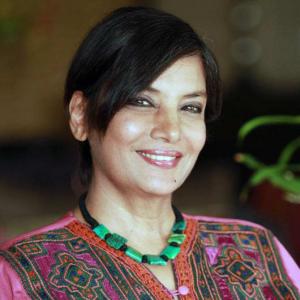 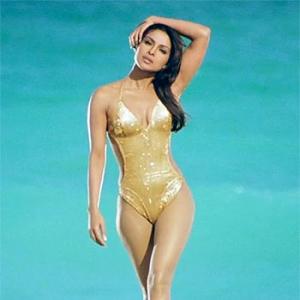