News
Business
Movies
Sports
Cricket
Get Ahead
Money Tips
Shopping
Sign in  |  Create a Rediffmail account
Rediff.com  » Business » How Saridon has managed to remain top of the mind

How Saridon has managed to remain top of the mind

What has worked though for Brand Saridon has been its single-minded focus on headaches as opposed to other analgesics that dwell on a wider set of problems, reports Sohini Das. 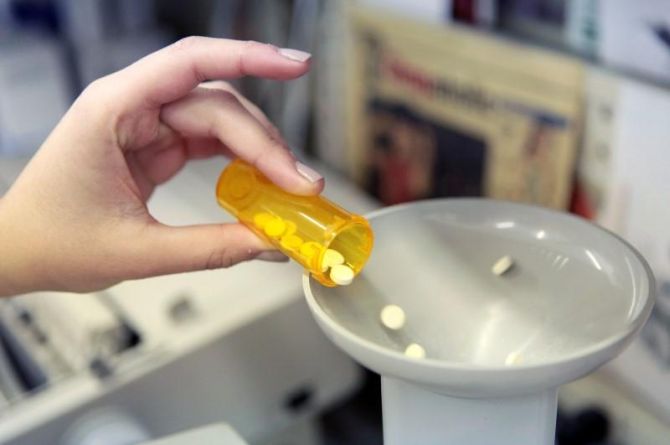 Every second, 21 consumers in India pop a Saridon to relieve themselves of a pounding headache.

In ten years, Saridon, whose brand licensing rights were picked up by Piramal Enterprises in the 1990s from pharma major Roche, has grown 20 times.

It now has a turnover of Rs 100 crore from Rs 5 crore a decade ago and accounts for a fourth of the Piramal group's revenue within its consumer products division.

Plans are afoot to grow its retail presence aggressively in addition to launching a host of new variants in the future.

For a humble headache pill, developed by Roche in Switzerland and brought to India by the company in 1969, the journey over the last five decades has been barely easy.

Formulation changes have been par for the course, not to mention that the brand has had to contend with a wide array of painkillers including tablets and balms.

Some of them have been deeply entrenched in Indian homes (such as Tiger and Amrutanjan balms) and replacing them with strips of Saridon has been an uphill task, say industry experts.

What has worked though for Brand Saridon has been its single-minded focus on headaches as opposed to other analgesics that dwell on a wider set of problems.

As per Nielsen, the addressable analgesic or painkiller market is Rs 6,450 crore, of which Rs 2,050 crore is the analgesic tablet segment. Saridon is part of this category.

"Most other analgesic tablets are associated with a broader spectrum of issues – from fever to bodyaches and headaches. For Saridon, it is only one category that counts – headaches. It is little wonder then that the brand is almost generic to the segment and has seen phenomenal growth over the years," says N Chandramouli, chief executive officer of brand intelligence and data insights company, TRA.

Under the Piramals, Saridon, say experts, has seen steady growth, led by clever advertising and distribution.

Armed with a simple message -- 'Just one is enough' (Sirf ek Saridon), the Piramal group has helped push up the use of the brand among consumers and has also ensured that its retail reach has grown in proportion to demand.

It today reaches 900,000 outlets, more than double the number of stores (420,000 outlets) where some of the group's other consumer products such as Lacto Calamine and i-pill are available.

Saridon is also retailed across pharmacies, kiranas and general stores, ensuring ease of availability across the board.

As Nandini Piramal, who heads the group's consumer products division, says, "Saridon has huge recall among users. The task for us is to make it available across counters so that whenever there is an incidence of headache, one can access it easily."

She also adds that the brand has a fairly even spread across rural and urban areas, pointing to the speed with which the group has been ramping up distribution in the last few years.

The plan, says Piramal, is to continue pushing Saridon in offline stores as it adds more variants to its portfolio.

Back after a brief ban, which saw the government include Saridon in a list of over 320 fixed dose combinations (FDC) that it feared would have adverse effects on consumers, the Piramal group says it is eyeing extensions of the brand covering a wider set of problems.

Piramal had sought relief from the FDC ban right after it came into effect, with the apex court allowing Saridon to retail across the counter.

"We plan to invest in growing the brand. The idea is to have extensions for specific sub-categories of headaches, such as a Saridon for migraines, a Saridon for pre-menstrual syndrome-led head pain and a Saridon for stress-related headaches," Piramal says.

Its unique formulation, say experts, which includes active ingredients such as paracetamol, propyphenazone and caffeine, is expected to help Saridon retain its ability to work even as the cause differs.

The group is also unlikely to tweak packaging to ensure the variants tie into the mother ship. While brand experts differ on the efficacy of this strategy, Piramal says she is looking at the next marketing phase for Saridon, with a larger presence online.

The ball has been set rolling with engagement tools devised online that plug Saridon. Over 340 drugs to go off the shelves soon