How Posco 'Indianised' its thinking

Instead of waiting for the government to do everything , the company has formed a crack team to persuade the villagers' opinion in their favour

When the Odisha government signed an agreement with South Korean steel major Posco in June 2005 to set up a 12-million tonne plant at a cost of Rs 51,000 crore (at the exchange rate then), it had assured the company it would acquire 4,004 acres of land within a year. However, due to local protests, it took eight years to acquire 2,700 acres to enable the company to set up the first phase of the project, of 8-million tonne steel capacity. 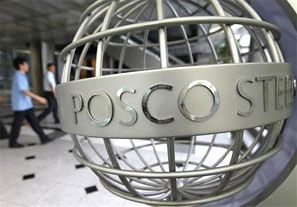 Such delay in land acquisition in the state is not limited to Posco. It took seven years for Tata Steel to start work on the Kalinga Nagar steel project and almost two decades for Utkal Alumina to construct an alumina plant in south Odisha.

In Posco’s case, the concerted efforts of the state government and the company have helped overcome the stiff public resistance in procuring land for the project.

“It is basically a multi-pronged strategy - hard bargains, redrawing of project map and some political developments, which went in our favour,” said a senior officer involved in the acquisition process for Posco.

The most significant development, of course, was the company’s willingness to redraw the project map and scale down its land need from 4,004 acres at one go to 2,700 acres for start of work on the 8-million tonne steel plant.

This way, the company not only avoided the need to acquire any private land but also eliminated some of the highly troublesome areas like Dhinkia village, a bastion of the anti-Posco brigade.

The divide in the Posco Pratirodh Sangram Samiti (PPSS), which spearheads the anti-Posco agitation at the project site, too, helped the government make inroads into strongholds of protesters like Gobindpur and influence the villagers to give away their betel vines to make way for the project.

Also, the arrest of PPSS leader Abhay Sahu a couple of months ago and the government’s offer to withdraw police cases against protesters who co-operated made many villagers give up their agitation.

Till date, police have filed 155 cases relating to violence between the project supports and opponents and non-bailable warrants have been executed against 1,440 persons, most of them being from the opposition camp.

According to sources, protesters were also given higher compensation for their betel vines, by tweaking the measurement of vine area.

During the last push for acquisition of residual 700 acres of land, which began in February this year, the Jagatshinghpur district collector and the superintendent of police, camped there to ensure completion of the process.

The Odisha experience also seems to have made the Korean company change its thinking on crucial matters like land acquisition. Instead of waiting for the government to do everything and hand them over the land, the company has formed a crack team to persuade the villagers’ opinion in favour of the project.

The company, which is currently building three roads in the villages adjoining the project site at a cost of around Rs 20 crore, has ensured to provide earning opportunities to local youths, instilling confidence in them about larger economic gains from the project in future.