How India's rural landscape is changing 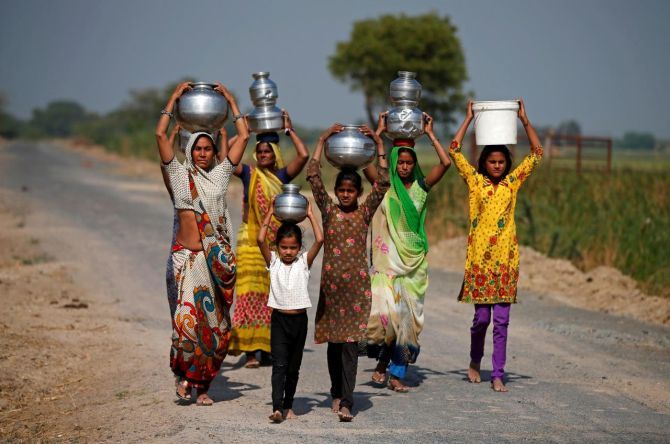 The recent survey by the National Bank for Agriculture and Rural Development (Nabard), which attracted criticism for increasing the threshold of income for agricultural households, has some insights into how the rural landscape in the country has been changing.

This definition was similar to the one in the National Sample Survey Office’s (NSSO’s) 70th Situational Assessment Survey (SAS) in 2012-13.

The only difference is that the NSSO’s survey had Rs 3,000 monthly income as the threshold.

Critics had questioned why the threshold had been raised and whether or not the Nabard’s survey presented a true picture.

It was also claimed that the Rs 5,000 threshold had been fixed without any scientific basis.

Nabard officials claimed they factored in the element of inflation for their survey.

After adjusting inflation actual income was calculated to be Rs 4,352, and was rounded off to Rs 5,000.

“This was endorsed by experts from the NSSO, the Reserve Bank of India, the Indian Statistical Institute as well as academics,” said H R Dave, deputy managing director, Nabard.

The other aim of raising the threshold was to eliminate those households that did not engage seriously in agriculture.

The findings of the Nabard survey also reflect how the rural landscape has changed since the NSSO study.

The current one had a sample size of 40,327 rural households, selected through a multi-stage stratified random sampling from 29 states, 245 districts, and 2,016 villages.

Rural areas were defined as those with a population of less than 50,000 in tune with Nabard’s mandated jurisdiction.

Another criticism of the survey was that it had put a higher emphasis on wages and salaries in the total income of agricultural households, even in cases when these comprised half the monthly incomes.

Some critics claimed that this reinforced the perception that increasingly income from cultivation was becoming a small percentage of the total earnings of agricultural households.

Others said, as 2014 and 2015 were drought years, many farmers had supplemented their agricultural income with earnings from other sources.

Nabard officials claimed both conclusions could be correct. In the NSSO survey, 34 per cent of monthly income came from wages or salaries.

Another interesting finding of the Nabard survey was that the level of indebtedness since 2012-13 has not decreased much, remaining static at 52-53 per cent.

Senior Nabard officials said this was also an indicator of the growing financial inclusion among farmers.

“As income levels are improving, so is the access to credit and reach of financial institutions, which also explains the indebtedness,” Dave said.

The Nabard plans to conduct such surveys every three years to fill gaps left by the NSSO’s surveys, which are done every 10 years.

But, the NSSO is also planning to reduce the time gap between two surveys to five years. 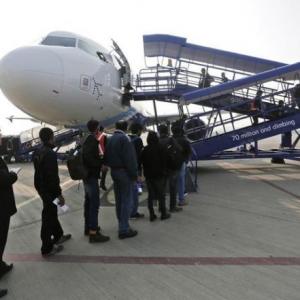 IndiGo clarifies on why it has grounded A320 Neo aircraft