'Many of the non-corporate or smaller entities got wiped out in the ordeal.'
Abhishek Waghmare reports. 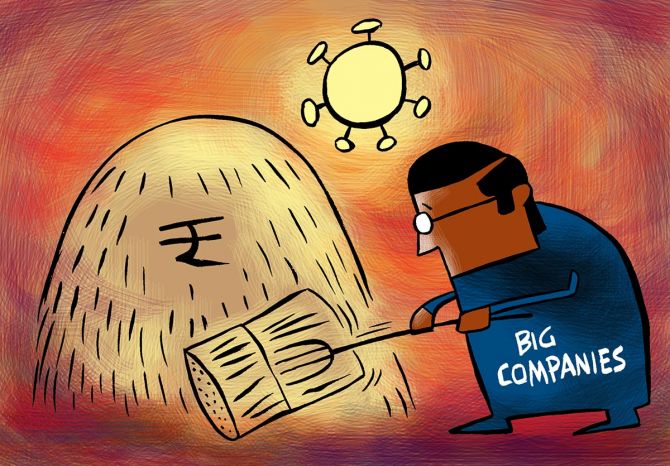 The pandemic and the lockdowns lopped off 3 per cent of India's economy in nominal terms in 2020-21, affecting the government's tax collection.

Personal income tax fell commensurately by 2 per cent, but corporation tax, levied on company profits, fell much more, by 18 per cent.

This would give the impression that companies like Reliance Industries, Tata Consultancy Services, Bajaj Finance, and HDFC Bank, which are among the biggest corporate taxpayers, bore the brunt of the slowdown and paid less tax in FY21 because their profits were badly affected.

The reality is otherwise.

Two pieces of data show that the pandemic was much harsher on private limited companies, and even smaller non-corporate sector firms (businesses not registered with the ministry of corporate affairs, or MCA) than the universe of listed companies.

Putting these two data points together shows that taxes paid by private limited companies, LLPs, and small and medium enterprises fell by about Rs 1.35 trillion.

Though this conclusion was gradually becoming visible over the past year, it is the first time that the tax data has shown such a stark contrast.

Despite a precipitous fall in tax collection, listed companies forked out the highest amount they have ever paid, at a time when India suffered the worst contraction since Independence.

Was this stellar performance by listed firms at the cost of the smaller unlisted entities and MSMEs? Experts think so.

"Many of the non-corporate or smaller entities got wiped out in the ordeal. Their demand shifted to the larger companies. The corporate results taken as a whole seem to suggest that," Pronab Sen, India's former chief statistician, told Business Standard.

Explaining this, he said listed companies had the advantage of access to cheaper market finance when banks were wary of lending.

They raised large sums of money at cheaper costs. Unlisted companies did not have that option, Sen said.

"It may well be the case that the shift in demand got absorbed by entities that were able to raise capital, or the listed firms," he added.

An analysis by the State Bank of India corroborates these findings, using a different sample from the same source. Soumya Kanti Ghosh, chief economist at India's largest bank, came to a very similar conclusion.

"Even though there is a drop in corporation tax in FY21, the data for listed companies in a sample of around 4,000 companies shows an increase in taxes paid by around Rs 50,000 crore," he told Business Standard.

Ghosh said the trend was likely continuing in FY22, with some sectors like metals having the largesse from an extended bull run in the commodity cycle.

Another factor that may be responsible for the smaller tax outgo of unlisted and small companies is that most companies would have paid tax at a lower tax rate in FY21.

The government slashed corporation tax rate to 25 per cent for companies with a turnover up to Rs 400 crore (Rs 4 billion), in September 2019.

The final factor that contributed to lowering the net collection of corporation tax in FY21 -- gross collection minus refunds -- is the high payout of refunds by the tax department last year.

'The Central Board of Direct Taxes has issued refunds of more than Rs 2.62 trillion (in 2020-2021) as against total refunds of Rs 1.83 trillion issued during the… previous fiscal, marking an increase of 43.2 per cent,' the department said in a press release. 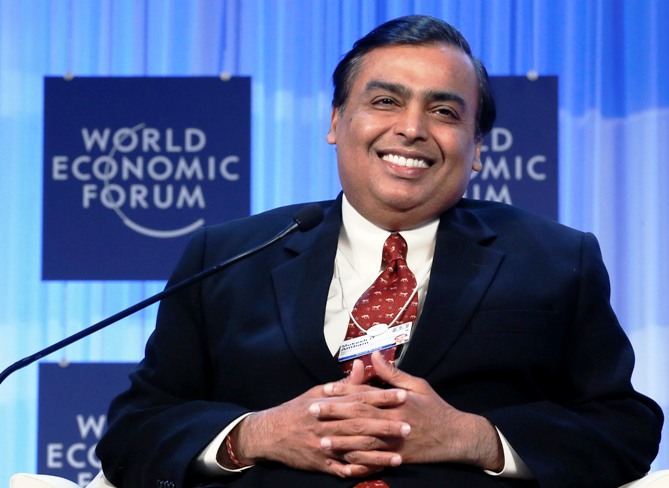