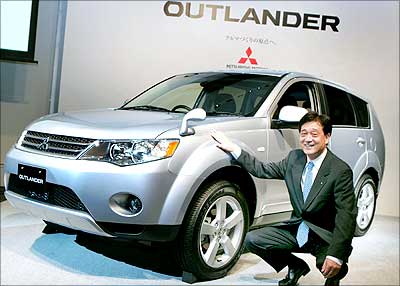 "We have launched the Outlander in India in keeping with the policy of offering the latest from the Mitsubishi stable to the Indian customers," Hindustan Motors chairman C K Birla said.

The SUV would be available in the Indian market with a 2.4 litre petrol engine.

The vehicle would be assembled at Hindustan Motors' facility at Tiruvallur near Chennai. -- PTI