The much sought after H-1B visa programme, particularly among Indian technology graduates, discriminates against women, a US Congressional Committee was told, citing that workers coming to America under the scheme were mostly men.

"My own experience tells me that the vast majority of H-1B workers are men. Everybody knows this in the US, where outsourcing companies get more than half the capped H-1B visas, the ratio is more like 85 percent men. That's outrageous," Karen Panetta, a senior official with the Institute of Electrical & Electronics Engineers-USA told Senators at a Congressional hearing.

At the hearing on, "How Comprehensive Immigration Reform Should Address the Needs of Women and Families" convened by the Senate Judiciary Committee, Panetta alleged the Department of Homeland Security (DHS) is not providing data related to how many women were issued the H-1B visas.

"Why doesn't DHS already know exactly how many women get H-1B visas? If a major immigration programme effectively discriminated based on race or national origin, would that be okay? We urge this Committee to set aside any legislation proposing to increase H-1B visas until we have this data," she said.

"Surely you would not want to have voted substantial increases in the H-1B programme, only to discover that the data shows that not only is it mostly used by outsourcers whose business model is entirely about replacing American workers, but also that the H-1B visa programme effectively pushes women out of the STEM fields," Panetta said.

Responding to questions from Senators, Panetta said that in countries like India, some of the top graduates are women, and yet they don't get opportunities to come to the US.

"So by providing STEM-educated people with the opportunity to come to the US, men and women, we believe that that would be able to make an impact on the number of women and diversity in the workforce, which has also huge cultural work environment implications," Panetta, vice president, Communications and Public Awareness from the Institute of Electrical & Electronics Engineers -USA

Panetta, who is also a Professor of Electrical and Computer Engineering and Director of the Simulation Research Laboratory at TuftsUniversity in Medford, Massachusetts, alleged that the H1-B Visa Programme is a place where the US immigration system is broken.

"The greatest damage that the H-1B visa programme imposes on women and families clearly results from offshore outsourcing," Panetta said.

"This hurts American families, including women and children. It not only harms the many H-1B workers who want green cards themselves, it also hurts their spouses and families by holding them in immigration purgatory for years," she said.

"They are in this country, but don't have residency rights to stay here unless their employer allows him/her to stay. This lack of permanence and uncertainty makes it difficult to build the type of life expected by all Americans and it can be especially difficult for children, many of whom are US citizens, who can't understand why their parents do not have the same rights as their neighbours," she argued.

Panetta also endorsed Microsoft's proposal from last December to pay a total of USD 25,000 in fees to take foreign STEM graduates from their student visa to green card.

"We urge that this transition be completed promptly and directly, with no need for the intermediate step of an H-1B," Panetta said.
Lalit K Jha in Washington
Source: PTI© Copyright 2021 PTI. All rights reserved. Republication or redistribution of PTI content, including by framing or similar means, is expressly prohibited without the prior written consent.
Related News: H-1B, Karen Panetta, US Congressional Committee, Department of Homeland Security, USA
Print this article
Maha legislators cross party lines to thrash cop 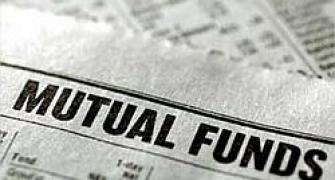