The government should mend its ways before weak governance starts impacting India's economic growth.As we come to the end of an eventful year, it is possible to notice an increasing dichotomy between the priorities of a voter and those of our political masters. 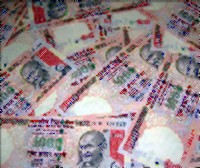 The municipal elections in Gujarat, the Assembly election in Bihar and the earlier re-elections of chief ministers like Sheila Dikshit and others suggest the voter is far more concerned with governance, and provision of power, roads, and water.

On the other hand, Delhi seems to have taken the 9 per cent growth for granted and prefers to focus on issues like reservations, Hindu terrorism, food distribution programmes and so on on, with little focus on the economy and governance.

Corruption seems to have become endemic in every pillar of the state machinery - be it netas, babus, defence forces, or even the judiciary.

The country's both major political parties seem to have the same tolerance level for corrupt politicians. While offering mannat to Gods to get what one wants is an accepted part of our value system, the political tolerance for corruption seems to be reaching levels that even this cultural trait may find difficult to accept.

While the Karnataka chief minister has brazenly claimed that he has done only what all his predecessors did, others seem to believe that, having joined politics, the minimum they should be doing is take care of their kith and kin. Values like conscience, honesty and service to society seem totally, almost frivolously, out of place for many politicians.

It is strange that corruption has become such a major issue at a time when this Cabinet has perhaps the largest proportion of "clean" members in decades.

Does the problem start with the structure of governance at the top? - with a divorce between responsibility and power?

The appointed members of the National Advisory Council (NAC) can overrule Cabinet decisions and set policy agenda; the prime minister seems powerless to control or interfere in the functioning of ministers, even of his own party - let alone the nominees of the coalition partners.

Too many ministers do not bother to attend Cabinet meetings and stay away from Delhi. John Kenneth Galbraith had once described India as a "functioning anarchy".

One wonders how long the first word in the expression will continue to qualify the second.

Instead of focusing or discussing on issues of governance and growth, the recently-held Congress party conclave made headlines for Rahul Gandhi's statement about the threat of Hindu terrorism.

A few days earlier, the party's general secretary claimed to have received a telephone call from Mr Karkare, a couple of hours before he was killed during the Mumbai terror attacks in 2008, expressing worries about threats to his life from Hindu extremists.

As of now, of course, it is ludicrous to compare Hindu terrorism with Islamic terrorism in terms of its scale, resources, organisation or political patronage.

But Mr Gandhi could well be right in the future - I would not be surprised if the double standards of "secularists" in relation to the two communities lead to Hindu terrorism, just as the US' (in West Asia) and ours (in Kashmir) have triggered Islamic terror attacks on the two largest democracies.

Or, was the issue raised as part of an election strategy after the rout the party suffered in Bihar? If so, the general secretary does not seem to be doing his homework. In the Bihar elections, so many BJP candidates won even in constituencies with large Muslim populations.

And, over a hundred Muslim and Christian candidates won in the Gujarat civic polls recently on BJP tickets - as India Today said on November 15, "Modi wins elections because he delivers for the underprivileged."

And this needs far better, and more effective, governance. The Commonwealth Games were plagued as much by corruption and inefficiencies as by the multiplicity of agencies involved in the project.

But to come back to the economy, as different analysts have argued and demonstrated on empirical evidence, the quickest route out of poverty is growth.

The deputy chairman of the Planning Commission, the finance minister and the agricultural minister have expressed reservations about the affordability of the scheme -  given the corruption and inefficiencies, it is anybody's guess how much of it will reach the really needy.

Meanwhile, industrial investments and, by implication, future taxation resources, continue to face the wall of land and environment issues.

Mature observers of the Indian scene like Sharad Pawar and Deepak Parekh have cautioned that business is losing confidence in the government and this could have serious implications for investment and growth. But is that a priority for the ruling party?

During the course of the recent Cancun summit on climate change, India's environment minister was quoted as saying that India's position will be "dictated primarily by its economic interest" (The Indian Express, December 5).

One hopes that Mr Ramesh continues to have India's economic interests in mind while performing his duties now that he has come back to India. 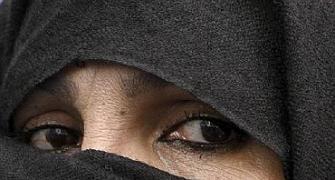