About two dozen discoveries of the state-owned ONGC, Reliance Industries and the Gujarat State Petroleum Corp (GSPC) in KG Basin alone are languishing for want of right price. 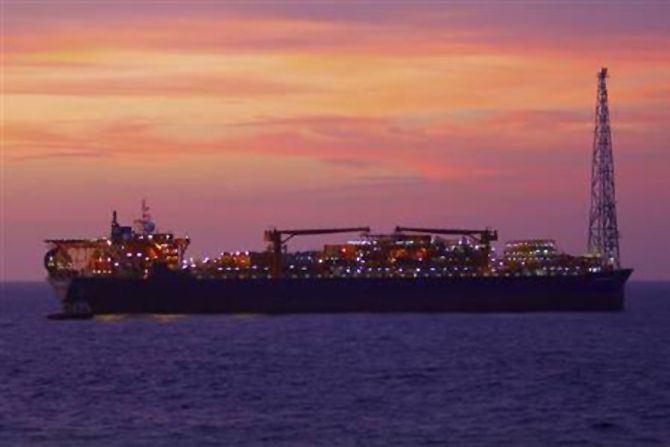 In a boost to firms like ONGC and Reliance Industries, the government plans to raise natural gas price by about 60 per cent for their undeveloped gas discoveries in difficult areas.

While domestically-produced gas is currently priced at an average of rates in gas-surplus countries like the US, Canada and Russia, for deep-sea discoveries yet to be developed, the government plans to price them at an average cost of alternative fuels -- naphtha and fuel oil as well as imported LNG.

Gas price in India is currently $3.82 per million British thermal unit, which will fall to $3.15 in April, a rate not enough to make up for cost of deep-sea development.

Gas price using this methodology will come to over $6 per mmBtu at prevailing LNG, fuel oil and naphtha rates.

"It (gas price) would be linked to average of three sources of fuel i.e. naphtha, fuel oil and LNG. The average of imported landed cost (of the three) will be the price that those people will get who do exploration and discovery in deep-sea, difficult areas. It won't be an administered price as it is for others, but it will be a price which will be an average of those three," he said.

About two dozen discoveries of the state-owned ONGC, Reliance Industries and the Gujarat State Petroleum Corp (GSPC) in KG Basin alone are languishing for want of right price.

The Cabinet, he said, will decide if it will be a normal or weighted average of naphtha, fuel oil and LNG that will be considered. Finance Minister Arun Jaitley, in the Budget for 2016-17, had announced a two-stage gas pricing freedom.

"India is blessed with rich natural resources, including oil and gas. However, their discovery and exploitation has been below our potential," he had said in his Budget speech.

With near stagnation in domestic production and consequent rapid increase in imports, the "government is considering incentivising gas production from deep-water, ultra deep-water and high-pressure high-temperature areas, which are presently not exploited on account of higher cost and higher risks," he said.

"A proposal is under consideration for new discoveries and areas which are yet to commence production, first, to provide calibrated marketing freedom; and second, to do so at a pre-determined ceiling price to be discovered on the principle of landed price of alternative fuels," he said.

The Economic Survey, too, had rooted for market-determined arm's length pricing for domestic gas.

"It was expected that the (October 2014) formula would balance the interest of producers and consumers in the country. However, market-determined arm's length pricing for domestic gas, with an effective regulator, to provide adequate incentive for investment and also ensure competitiveness and transparency remains the first-best solution that merits consideration," the Survey had said last week.

According to the report, the market-determined price would reflect the appropriate gas price in relation to alternative fuels.

"In the medium term, being a large consumer, India may be able to be a price setter for gas prices in the region," it had stated.

As per the new formula, gas prices are to be determined on a semi-annual basis and calculated based on a volume weighted average of rates in gas-surplus nations of the US, Canada and Russia, based on the 12-month trailing average price with a lag of three months.

Goldman Sachs, in a recent report, said the current gas price regime is not incentivising domestic capex sufficiently as cost for new deep-water discoveries ranges between $6-7 per mmBtu. 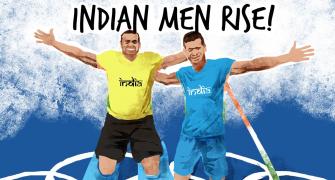