‘The target for next year is unlikely to be more than that of this year. The more you divest in any cycle, the less your potential pipeline for the next,’ said an official. ‘The first two issues we want to tackle and complete in FY20 are Air India and Hotel Ashok.’ The department of investment and public asset management (Dipam) hopes for a successful go at privatising Air India. It also hopes to divest more India Tourism Development Corporation hotel properties, including leasing out of Hotel Ashok in New Delhi.

Officials, however, are confident of meeting this year's disinvestment target.

That apart, the government is counting on a number of initial public offerings (IPOs), and further tranches of its two exchange-traded funds (ETFs).

The finance ministry has started work on the merger of three state-owned unlisted insurers --  National Insurance, Oriental Insurance, and United India Insurance -- and then list the merged entity. This process is expected to be completed in the next fiscal year.

Also, when the interim Budget FY20 is presented, Finance Minister Arun Jaitley could also present a detailed road map on the strategic sale or privatisation of other public sector undertakings (PSUs), an initiative which has faltered.

“The target for next year is unlikely to be more than that of this year. The more you divest in any cycle, the less your potential pipeline for the next,” said an official. “The first two issues we want to tackle and complete in FY20 are Air India and Hotel Ashok,” the person added.

The much-anticipated sale of Air India, and its subsidiaries, in this fiscal did not attract a single bid. Dipam and the civil aviation ministry want to have another go at it in the next fiscal year.

The government is also looking to find a prospective operator for its marquee hospitality property, Hotel Ashok, by December 2019. Dipam and the ministry of tourism are working on a deal that can be placed in front of the cabinet committee on economic affairs in the next fiscal year.

Additionally, the lease is being structured in an open manner, suggesting the entity operating the hotel may have the option of buying it outright at the end of the lease period.

Excluding Air India, there are around 20 companies which the government has earmarked for strategic sale, or privatisation.

Dipam plans to complete the strategic sale of Pawan Hans, Central Electronics, Air India’s ground handling subsidiary and Scooters India this year, but some of these may spill on to the next fiscal year.

“Strategic sales aren’t easy. A lot in these five years was spent on preparing the groundwork, including identifying the PSUs which the government can sell off. Now, that work will bear fruit. If the political leadership of the day allows, over the next few years, we can complete the strategic sale of a number of these PSUs,” said another official.

There are also a number of ITDC properties around the country -- NMDC’s Nagarnar Steel Plant and SAIL’s Bhadrawati, Salem and Durgapur units. 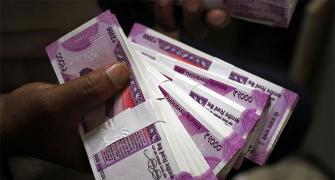 The secret behind FY17 divestment bonanza

Divestment department gets a fancy name 'Dipam' but wings clipped