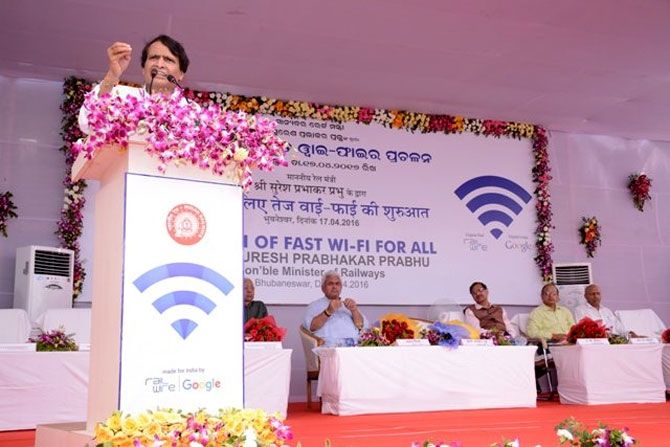 The minister also announced that similar service will be made available at Puri Railway Station ahead of Lord Jagannth's annual Rath Yatra in July this year.

On Congress protest outside the station against the reported move to shift the proposed rail wagon repair factory from Narla in Kalahandi district, both the ministers were critical of the UPA government for having announced the project without making the requisite budget allocations for it.

"We do, what we say. But, earlier, they (UPA government) announced the project without making budgetary provision. There was no mention of Narla project in the pink book. The announcement was made on political consideration," Sinha said.

Stressing that no factory can be made by simply making announcements without required provisions, Prabhu said "we have said 100 stations will get WiFi service this year and we will do it. We do not make false announcements".

On the proposed Narla wagon repair factory, Prabhu had yesterday announced that a joint working group will be formed to decide how to set up projects in Kalahandi and Ganjam districts, announcements for which were made by previous UPA government.

The group will decide what kind of projects could come up at Narla and Sitapalli of Ganjam if wagon repair factories are not economically viable in those places. 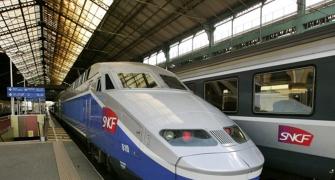 Suresh Prabhu's day out with high-speed train in Paris 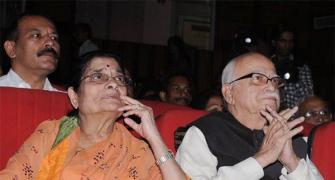 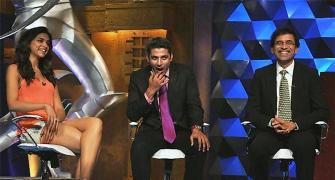 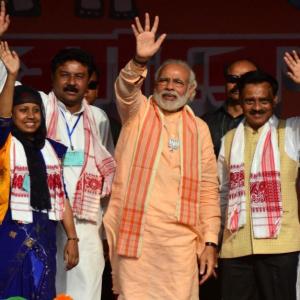 Stage set for final phase of polling in Assam